Home Politics Museveni: My primary task has been to rescue Uganda from total collapse,... 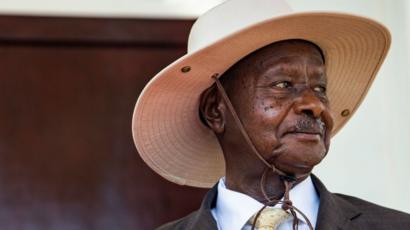 By President Yoweri Museveni
Leadership, to succeed, must be collective. It is true, that for 60 years now, I have been in leadership roles as a student leader (1960-70), a resistance leader (1971-86) and a State leader from 1986 up to today.


In all those 60 years, one of my primary tasks was to transform the traditional life-style of the Ugandans (from obujajja to modernity). I could not have had any impact if I did not always work with colleagues, many of them, perishing in the struggle or departing this world since.
It is the sacrifice of those comrades and the millions of our followers that enabled us to achieve what we achieved. Stand up, please, to salute the contribution and memory of these comrades. There is no doubt, that the NRM and its pre-cursors (Fronasa, the study groups) rescued Uganda from total collapse.

We did it by a correct diagnosis. Our diagnosis was that man, in the last 600 years, had acquired scientific tools, that helped him to perform the mandate given to him by God, in the Book of Genesis (Chapter 1:26) ─ “to establish dominion over nature. In other-words, control the floods, cope with drought through irrigation, deal with disease, detect and mitigate the consequences of earth-quakes, etc. Moreover, do all this using machines that produce on a large scale alot of goods and services efficiently.


It is this capacity accompanied by man in the last 600 years that is now being called the 3 Industrial Revolutions. By 1960, when I started following global events closely, the more enlightened parts of the globe had gone through the 2 Industrial Revolutions and were entering the 3rd.
The big problem we noticed was that, for a number of reasons, mainly internal weaknesses within Africa, this enhancement of human capacity had by-passed Africa.
Africa was backward scientifically and also sociologically. Mass production in Europe had restructured the European society and given birth to new social classes that never existed before: the middle class (the bourgeoisie) and the working class (the proletariat). This was in addition to the old feudal, peasant and artisan classes. Given the huge size of Africa, 12 times bigger than India, 4 times bigger than China or the USA, also given the under-population of Africa, this crisis was not easy to see.


After all, people were eating, sleeping, etc. It was, however, a crisis we noticed and started exposing. Given the sociological backwardness of the society, philosophical and political ideas were also backward ─ emphasizing identity of tribe and religion rather than interest ─ e.g. the markets. Who will buy what I produce? How can this be a serious problem if you are only producing a few goats that graze on one hill?
Since that time, our prescription was to fight the sectarian ideas of identity, emphasize patriotism (unity within Uganda), pan-Africanism (unity in Africa), social-economic transformation (sociological leap) to create a middle class and a skilled working class and to deal with global players on equal and mutually beneficial terms through trade, investments and tourism.


It is those four pillars of our social-political diagnosis and prescription that formed the base of our ideology and strategy.
These are: Patriotism, Pan-Africanism, Social-economic transformation and Democracy. This means that we banish sectarianism of religion and tribe and gender-chauvinism against women because they do not address the crucial modern issue of market.
The one who buys what you produce supports your prosperity. Therefore, there must be no sectarianism in Uganda because it fragments our market. Moreover, even the Ugandan market is not enough. We need the African market. Hence, Pan-Africanism is core to our programme. With a united African market, we can negotiate for access to other markets of the USA, China, India, Russia, Japan, etc.


This is how you can talk of “harnessing Africa’s economic potential”. Once you deal with the ideology, the diagnosis and prescription, you must deal with the strategy now: How do you administer the prescription? This is how you come to the other strategic bottlenecks that are not part of the primary diagnosis.
All the bottlenecks are 10. However, ideological disorientation and market integration are also part of the 10 bottlenecks. The other bottlenecks are: lack of education, a weak State (Army, etc.), mishandling the private sector, under-developed agriculture, undeveloped services sector, etc.


We already have proto types of our own indigenously designed cars, buses and min-buses. Our scientists have got quite abit of patents for inventions. We are continuing to share our views with other African leaders and the vision of Africa is continuing to coalesce for a united and modernized Africa that will close the 600 years gap of Africa’s lagging behind.
The potential of Africa is huge and it has always been there. The population of 1.3billion people, 12 million square miles of land area is 12 times the size of India and 4 times the size of China or the USA. We have resources of every kind. The only problem has been social-political organization and the consequent social-economic organization ─ e.g. subsistence farming versus commercial farming; exporting raw-materials versus value addition; etc., etc.