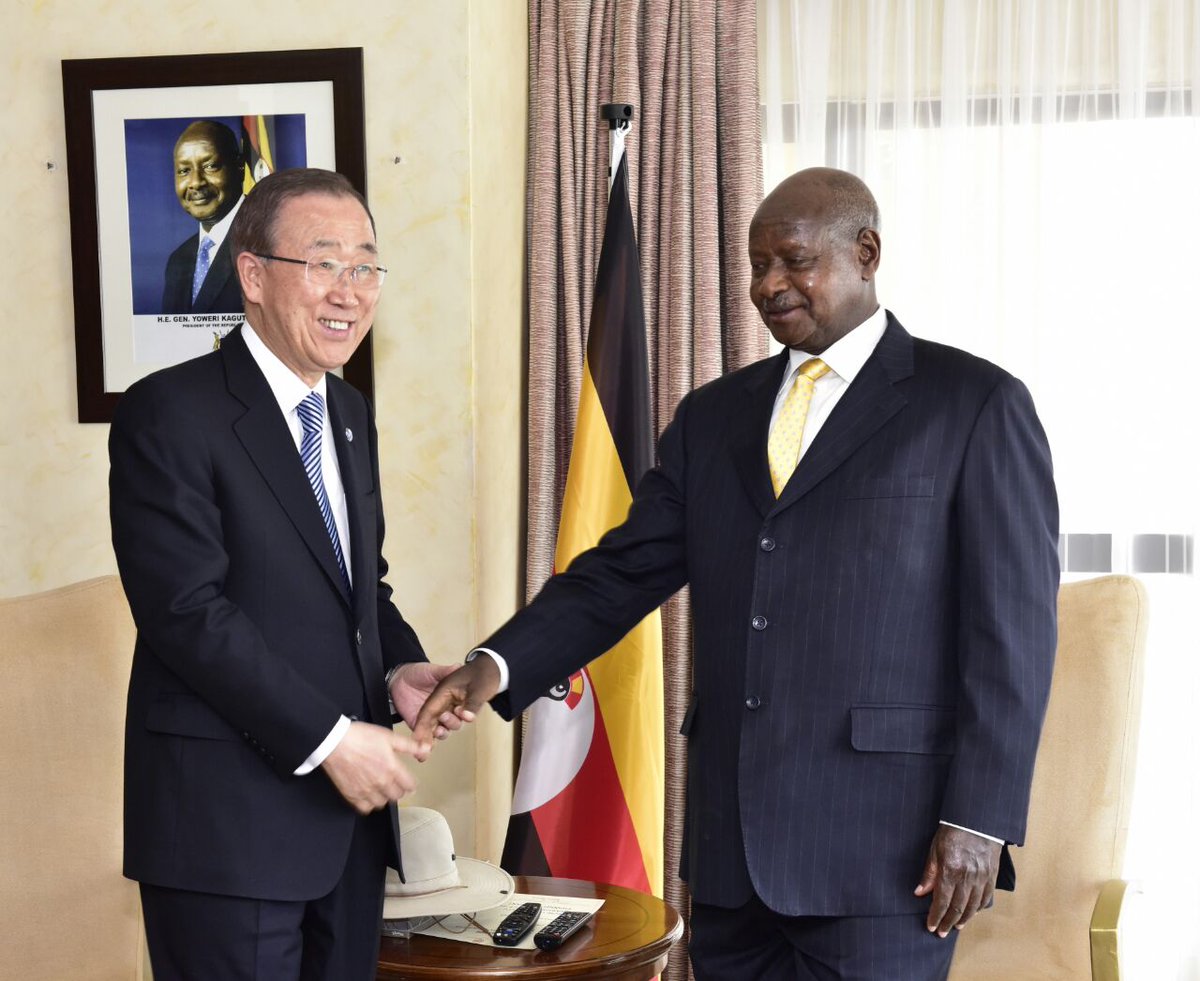 President Museveni has held a meeting with the United Nations Secretary-General Ban Ki Moon on the current situation in South Sudan. The meeting took place in Kigali were the two leaders are attending the 27th AU summit.

The fighting which started on 10th July has seen more than 300 killed and thousands displaced. There are fears the fighting could result in civil war similar to that of 2013. 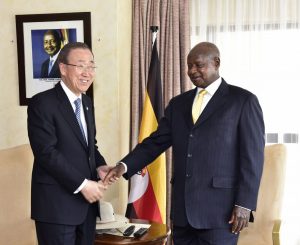 The president also called for a total cessation of hostilities in and that no new fighting should occur.

Museveni told Mr. Ban KI Moon that then the country should work towards election and democracy. ‘‘Votes will force them into alliances and democracy which will compel them to work together.’’

On the proposed arms embargo, Museveni said he does not agree with this idea. 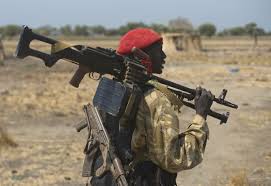 ‘‘It will create a vacuum and plunge South Sudan into more chaos like we have seen in Somalia. An arms embargo would also destroy the local force on which a strong, integrated national army should be built.’’ He said.

The president observed that these issues need a well-grounded and facilitated timetable. Integration of forces and resettlement of demobilized militia should be implemented.

Meanwhile more countries are evacuating their nationals from South Sudan. 44 Chinese, 51 British and 146 Indians, Americans and South Sudanese nationals were among hundreds of foreigners that were received at Entebbe International Airport from Juba over the weekend. 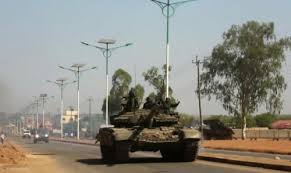