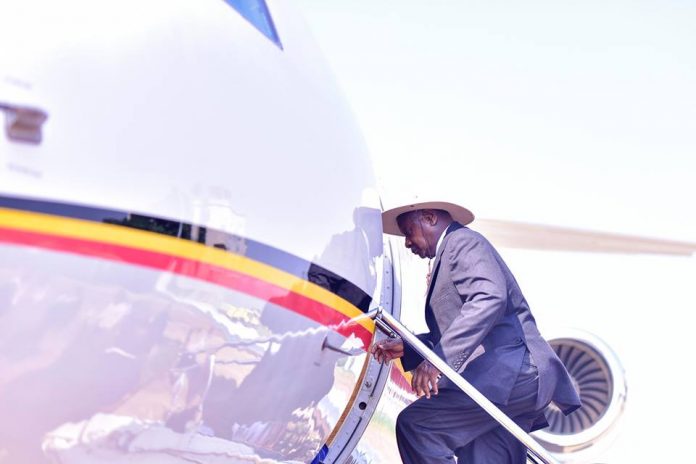 President Museveni on Tuesday left for Davos, Switzerland where he will join other leaders at the World Economic Forum.
The meeting brings together top business leaders, international political leaders, economists, among others, for up to four days to discuss the most pressing issues facing the world.


The Forum’s mission is cited as “committed to improving the state of the world by engaging business, political, academic, and other leaders of society to shape global, regional, and industry agendas
This year, the forum is being held under the theme; “Globalization 4.0: Shaping a Global Architecture in the Age of the Fourth Industrial Revolutionhttps://image.e.weforum.org/lib/…/m/…/345a2e75-6933-452c-8a67-94f46b21626a.p…”

.@KagutaMuseveni has arrived in Zurich, Switzerland ahead of #Davos2019 #WEF19 The President is here on a three day working visit @OfwonoOpondo @Uwihanganye_A @FrankTumwebazek pic.twitter.com/G67ZSNKEIh

Oxfam latest report, “Private Wealth or Public Goods,” shows that the wealth of the world’s billionaires increased by twelve percent or $2.5 billion a day last year. A new billionaire was created every two days between 2017 and 2018.
Meanwhile, the poorest half of humanity, 3.8 billion people, saw their wealth shrink by eleven percent. Just under half the world’s population subsists on less than $5.50 a day – one school fee or medical bill away from falling into extreme poverty.


While women’s work is the bedrock of our economies, they do not see the benefits. Globally men earn 23 percent more than women and own 50 percent more wealth.
This extreme and growing gap between rich and poor is no accident. It is the result of policy decisions made by governments. Chief among them are decisions about how governments raise and spend our taxes.