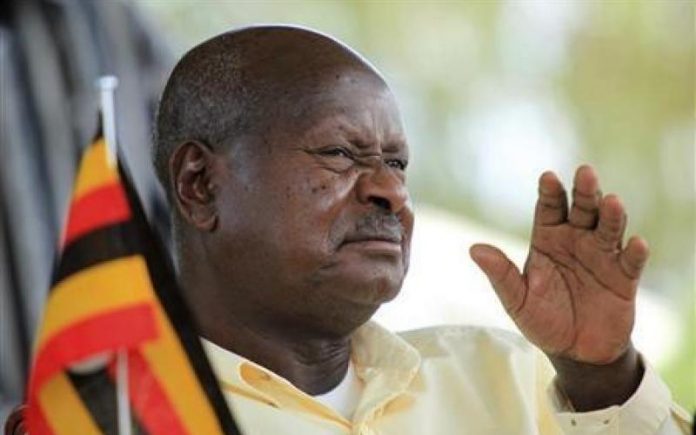 President Yoweri Museveni on Saturday revealed that he is tired of corrupt officials.
The revelation come less than six months after the president, in the end of year televised address vowed to end corruption in Uganda.
“I’m really tired of thieves and greedy people. I will be coming to you , the clergy and say show me your Godly people…The one’s you can stand surety. We can really move if we have clean people.” The head of state said
Gen. Museveni made the remarks on Saturday at State House Entebbe where he hosted inter-religious leaders for anti-coronavirus prayers.


Early this year, while Speaking at the swearing-in ceremony of the newly appointed Ministers, President Museveni explained that some of the appointments and changes that he made were brought about by reports of corruption in some government ministries and departments.
Museveni said during his party’s national delegates’ conference at Namboole in January 2020, revealed that corruption has become a big problem for Ugandans.
“Yet, it is easy to stop. You saw what happened to the Officers in the Prime Minister’s Office. They are all in jail. There are some colluders who have been trying to help them to keep some of the money they stole. We know who they are. They will be netted. I do not want to list all the other fellows accused of stealing because I do not want to be accused of going against the law of sub-judice – do not comment on matters that are in Court. We shall defeat the corruption, like we defeated the other challenges,”

In 2017, President Museveni vowed that all people involved in corruption if caught will be exposed and dealt with according to the law. Back then, he warned that the arrest of his Minister of State for Labour, Employment and Industrial Relations Herbert Kabafunzaki is just a taste of what is to come.
“Now we have started to open a war against them, those who have been arrested are ndozo.. okuloza..jaribu …. (A taste of what is to come), you will see what comes next. All those involved in corruption will be arrested. You should also help us and report them. You have also been the problem you just keep quite. When you report work becomes easy, we arrest them quickly,” he said.


Kabafunzaki, a former a deputy labour minister, was accused of receiving a five million shilling bribe from a Sudanese businessman trying to rid himself of sexual harassment charges laid by a former employee.
Mr. Museveni has always defended governments slow response to previous corruption cases saying the vice has become complex with educated people in public offices making it almost impossible to pin them without evidence.