Home Politics Museveni: Govt to set up a home in Bwebajja to save on... 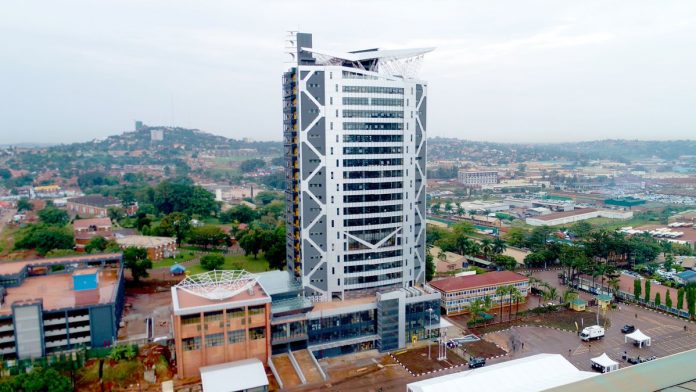 President Museveni on Saturday revealed that government is planning to set up home in Bwebajja, along Entebbe road that house see its administration units.
The Move, the president says will cut down on government expenditure on rent.


He says, currently, his government spends Ugx. 96 billion on rent for central government offices. The president made the revelation while commissioning the Uganda Revenue Authority Tower in Nakawa, Kampala.

“Government is going to build a government campus although we have delayed because of corrupt people. Government has been losing Shs96 billion a year for paying rent for central government offices only minus those at the district level,” Mr. Museveni said.


The 22-floor building, which was constructed at a total cost of Shs139 billion tax payers money, is divided into four podiums and eighteen tower floors.
The building provides for a car parking structure of up to 360 cars plus surface parking for 710 vehicles.
The building also contains house a crèche for breastfeeding staff, gym, Sauna and Unisex Salon.


The groundbreaking ceremony for the Towers was made on October 31st, 2014. Four years later, Ugandans have their own infrastructure to improve service delivery in tax collection
.