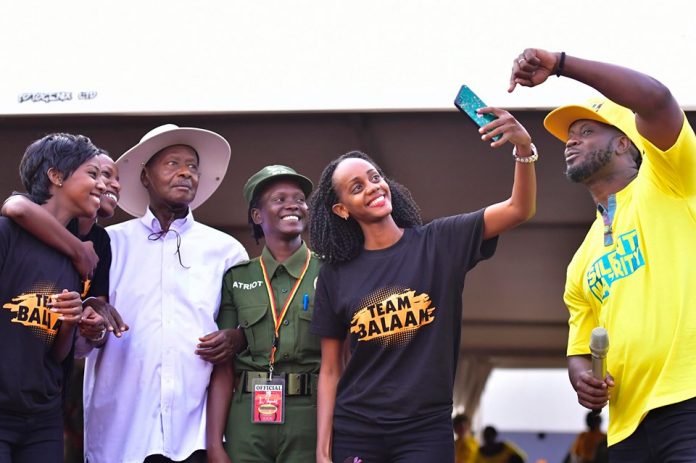 Thousands on Saturday turned up for President Museveni’s heavily publicized youth-targeted Patriotism Fete at Kololo airstrip.
The event was organized by Balaam Barugahare.

He added: I commend the leaders of the patriotism clubs across the country, which we started about a decade ago, for inculcating the love of country in our young people and helping them appreciate our history.
The Head of State that explained that beyond patriotism, the clubs also teach basics like hygiene and other health-related issues plus wealth creation.


read: No One can remove Museveni from power; He has lots of money, power – Ruth Nankabirwa

The president also revealed that government will support the national patriotism SACCO with Shs1 billion ‘ ‘mainly for wealth creation activities.’’