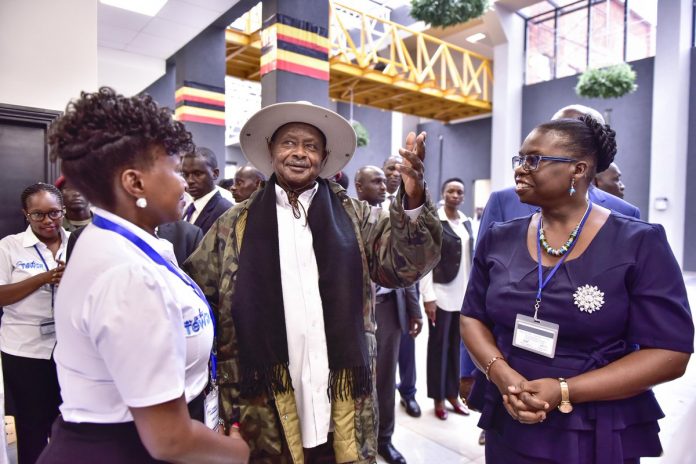 ‘‘By virtue of powers granted to me by the Constitution, I have appointed Mr John Musinguzi Rujoki as the new Commissioner General of Uganda Revenue Authority’’ President Yoweri Museveni tweeted on Sunday


He added: this appointment takes immediate effect.
Musinguzi, the former head of the Finance and Audit Department in the Special Revenue Protection Services, takes over at time when URA is facing drop in revenue collection.

According to the half year revenue performance report for the Financial Year 2019/20, URA registered a revenue shortfall of nearly Shs700 billion against a target of Shs9.7 trillion.
Ms Akol, in a tweet, welcomed the appointment of the NITA-U Board Chairperson and also a Senior Presidential Advisor on Information and Communication Technology. He asked the URA family to give him utmost support.


“It has been an absolute honour and privilege to be your team leader for five years and five months. Thank you for loving me, for supporting me and for being loyal to me,” Ms Akol tweeted.


The president also appointed Dr Michael Atingi-Ego as the new Deputy Governor, Bank of Uganda.
‘’ I have forwarded his name to Parliament for vetting.’’ The president said on Sunday.
Dr. Atingo replaces Dr Louis Kasekende whose second term expired earlier this year.

read: who will be the next Governor, Deputy Governor?