Home Business Museveni: Despite THE SLEEPING MINISTERS, the economy is growing; Kampala has expanded... 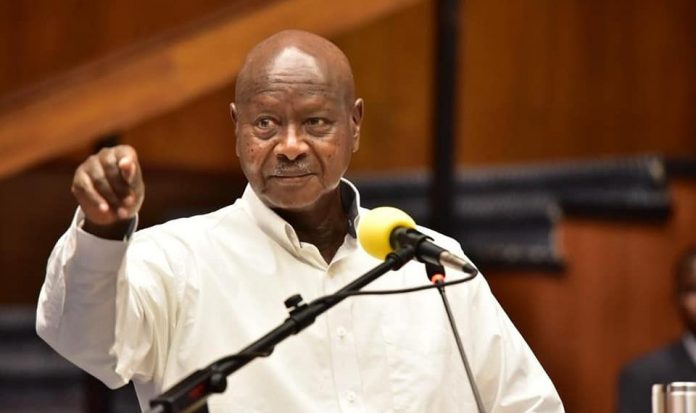 Speaking during the 6th presidential investor round-table meeting at State House Entebbe on Thursday, President Museveni said some of his ministers are selfish and sleepy. He says this affects investments in the country.


“Many of these ministers are selfish, they think about themselves.’’ He said without naming the sleepy ministers.
The president, however, said despite the Challenges, Uganda’s economy has been growing between 6 – 7%.
“Despite the sleeping ministers and some Ugandans, the economy is growing. Kampala is growing and has expanded to Mukono and Entebbe. While some Ugandans are sleeping others are awake and are building their country. It’s a question of Preaching. It’s like religion, it has been here for 4000 years with only 10 commandments but they are still preaching. Some follow, some don’t,” he said.


“As long as the direction is clear, we shall progress. The World is more religious now than it was during the time of Moses and the Ten Commandments 4000 years ago and that of Jesus with 12 disciples 2000 years ago. If the Gospel or message is right, it will grow,” the president said.

He added: The people of Uganda have no problem. If you tell them to do that, they will do it, do this they will do it….There is no doubt that many of the people in the ministries are really parasites because they don’t do anything, they don’t give up positions for others and we call this parasitism. Am very glad that you’re seeing this.


Sleeping at launch of the Sino-Uganda Industrial Park in Mbale in March last year, the president said that Uganda and Africa in general is immensely blessed with resources, adding that the people are still poor because they are still sleeping . ‘‘Previously, this sleeping was partly caused by governments that were killing its own civilians. We resolved that.’’ He said.

‘ ‘But our people are still sleeping. Look at our major towns; Mbale, Soroti, Gulu, Mbarara, Jinja or even Kampala. They are full of grocery shops and supermarkets. All they do is sell. There is no manufacturing.’’