Home Politics Museveni denies exercising nepotism: ‘‘the family members in leadership are on their... 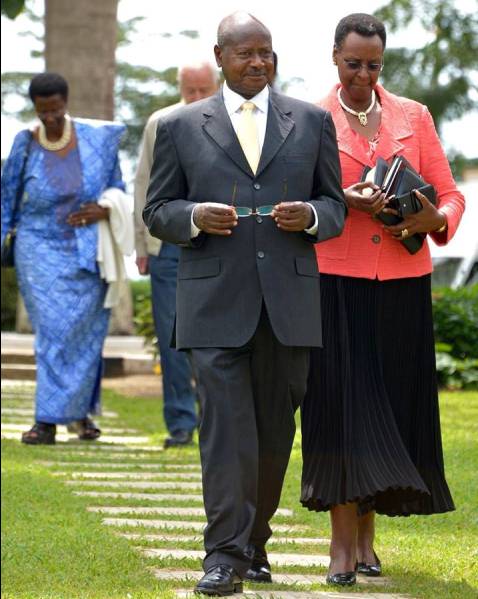 Speaking during an interview on TV recently, president Museveni denied claims that he is exercising nepotism by appointing his family members in the country’s leadership positions
“The few members who are involved in the country’s leadership are involved on their own merit. My wife went against my advice and went for an elective position and had the biggest majority in the whole country,” president Museveni told Talk To Al Jazeera Mohamed Vall journalist during his visit to Qatar.


Nepotism claims came up after the president appointed his family members to higher positions in government.
These include wife Janet Museveni who is the minister of education and sports, a coveted position which it takes one of the largest chunks of the annual budget.

On the other hand, he also promoted his son Maj Gen Muhoozi Kainerugaba to become a special presidential adviser. This act fuelled speculation that he is being groomed to become the next president when he retires. A claim the president has denied. Gen. Muhoozi has also distanced himself from presidential ambitions.


The President said that he knew politics was strenuous and he was not ready to allow his wife to run up and down. He said that in itself could not give her enough time to deal with other family matters.
To some people, president Museveni was against his wife decision because to many it would look like the president was fronting his family in a bid to rule the country after his retirement.