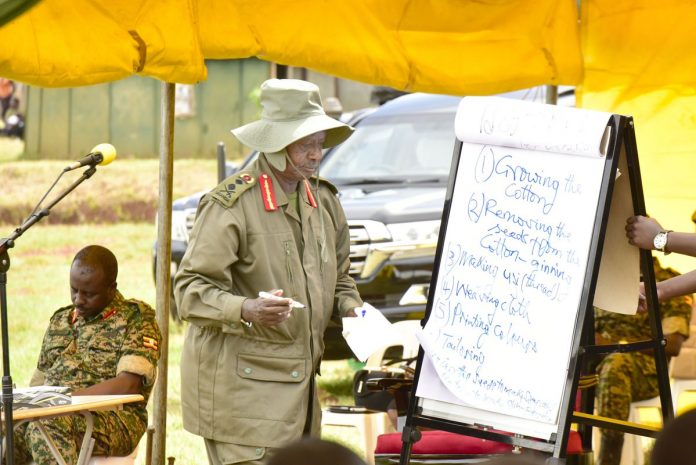 President Yoweri Museveni has criticised the Daily Monitor newspaper for always portraying negatively the economic performance of the National Resistance Movement (NRM) Government and yet the World Bank, in its recent survey, indicated that Uganda’s economy has been growing at 6% per annum.


And for the first time, the Daily Monitor newspaper publication of Wednesday 10th April 2019, acknowledged Uganda’s economy has recorded a solid economic performance.
The article on page 7 titled ‘Uganda’s Economy growing – World Bank’, the paper quotes WB as saying that Uganda is among the few African countries that recorded solid growth in 2018.
The President assured the nation that the economy of Uganda is going to grow faster despite some of the bottlenecks still impinging it.


“Let us consolidate here and produce more patriots. The economy is going to grow faster and faster. Monitor doesn’t know that we shall succeed because we know what we are doing,” he said.
The President was addressing Officers and men of the Military Police Brigade at the their Makindye-based headquarters in Makindye Division in Kampala.

Gen. Museveni who has been on a country-wide tour of UPDF barracks addressing soldiers urged Senior Officers of the UPDF to internalise the four basic principles of a Liberation Army which UPDF is and explain those principles to their juniors so as to avoid dangerous mistakes made by the traditional, colonial and post colonial Armies. He spelt out the four principles as Patriotism, Pan-Africanism, Social Economic Transformation and Democracy.
“You officers are supposed to be the priests of the four cardinal principles of the liberation army and explain the gospel (principles) to your juniors,” he emphasised.


He advised the Officers to read extensively and be knowledgeable about people’s needs that are hinged on such development programmess like Wealth Creation and Socio-Economic Transformation that must form their mission. 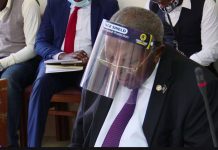