Home Politics Mugabe was On the Verge of Joining the opposition – MDC leader... 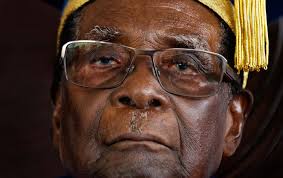 
Chamisa, who was not formally recognised at the late music icon, Oliver Mtukudzi’s funeral last year said everyone should be allowed to attend the Mugabe’s funeral since it is a national event.
“Mugabe was expelled from ZANU PF and he publicly endorsed MDC, my candidature and he probably voted for me, so Mnangagwa must not personalize this funeral and let the people mourn their former president,” said Chamisa addressing a news conference in Harare at the party house today.

Chamisa said his party will not punish Mugabe for the different political ideologies they had with him while was still in office.
“We all have bad stories to tell about Mugabe, I personally have stories to tell but we will not allow bitterness to take precedence since this will not move the country forward.
“Hatred and bitterness is not part of our agenda, in fact this is an opportunity to reflect solidarity and be party of the funeral and pay our last respect to the former president,” said the MDC leader


“Of course we have a lot of bad memories of him but our Ubuntu and cultural values allow us to mourn the dead, so Mugabe must be given a descent send off,” added Chamisa.
Meanwhile, Chamisa told the media that the party has agreed to postponed its 20th anniversary celebrations which was scheduled for this coming Saturday and moved to the 20th of September to join the whole nation in mourning Mugabe.


Mugabe, who ruled Zimbabwe for 37 years before his unceremonious removal from power has attracted mixed feelings from citizens with some condemning his dictatorial and human rights record which saw thousands of opposition members arrested, assaulted and detained.
/// 263Chat.