Home Regional Mugabe to be honoured with $1bn university 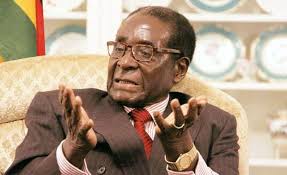 
“There can be no better recognition of President Mugabe’s commitment to education and his exemplary leadership,” Mr Moyo added.
The cabinet approved the $1bn grant for the Robert Gabriel Mugabe University, the state-owned Herald newspaper reported.

Mr Moyo has tweeted a statement, which says that Mr Mugabe and his wife Grace will be trustees of the university:
Mr Mugabe has ruled Zimbabwe since 1980, and has been campaigning for re-election next year.


The opposition accuses him of being one of Africa’s most repressive rulers, but his supporters say he is a revolutionary fighting to improve the lives of black people.
Source: BBC