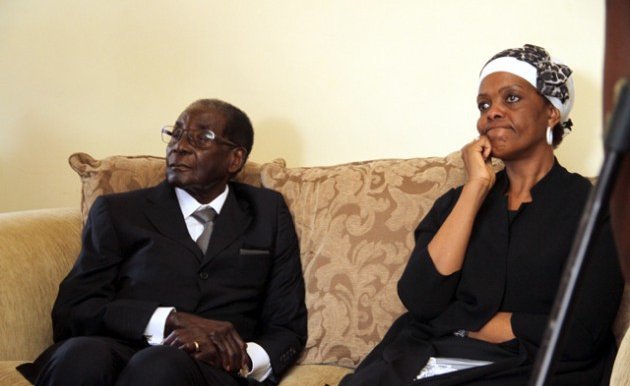 Robert Mugabe is expected to grace the inauguration of the new Zimbabwean president, Emmerson Mnangagwa, according to state broadcaster ZBC TV.
The appearance of the former President at the ceremony is viewed as an attempt to portray a natural transfer of power, rather than change at the top initiated by a military coup.


Mr Mugabe, it is claimed, will inspect the guard of honour as the mark of his departure at the ceremony at the National Sports Stadium before Emmerson Mnangagwa is presented as the new head of state.
Reports of Mr Mugabe’s role in the inauguration came as there was further confirmation that he and his wife Grace, who has faced allegations of abuse and corruption, were granted immunity in return for his resignation.
Emmerson Mnangagwa is set to be sworn in as Zimbabwe’s new president, marking the end of Robert Mugabe’s 37-year reign over the country.

Thousands of people are expected to stream into the capital’s National Sports Stadium to witness Mnangagwa, a former vice president, take the oath of office.
Many ordinary Zimbabweans seem optimistic at Mnangagwa’s takeover, hoping that a change in command could set the struggling nation on a better path and improve its poor economic situation.
“We want to grow our economy; we want jobs,” Mnangagwa said on Wednesday, cheered on by thousands of enthusiastic supporters outside the headquarters of the ruling ZANU-PF party.


His pledge came amid warnings from the International Monetary Fund that “immediate action” was needed to address the current liquidity crisis.
Zimbabwe’s main stockmarket index, which had been on the rise over the past two months, slumped by 40 percent following the military’s takeover.
Mr and his wife Grace will continue to receive protection and he will be entitled to a package which includes a pension, housing, holiday and transport allowance, health insurance, and air travel.


Meanwhile Mr Mnangagwa –– issued a statement urging the country’s citizens not to undertake any form of “vengeful retribution”.
Mnangagwa revealed on Wednesday evening that he had been in close touch with the armed forces as the putsch was being planned and executed. “I was in constant contact with service chiefs throughout. I wish to thank the manner in which our defence forces and General Constantino Chiwenga have managed this process very peacefully”, he told a crowd at the headquarters of Zanu-PF.