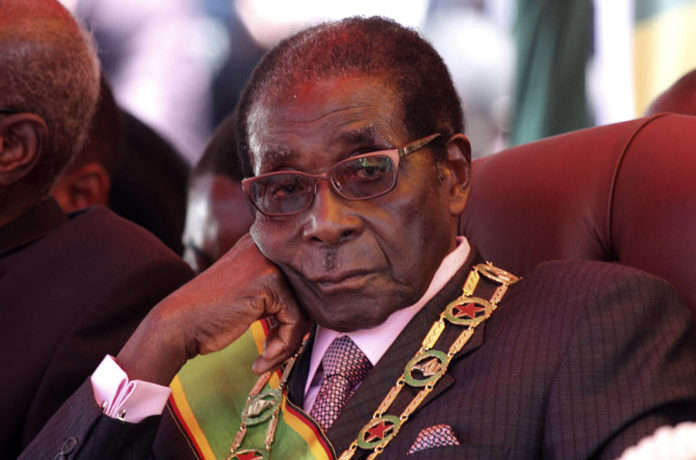 Car horns blared and cheering crowds raced through the streets of the Zimbabwean capital Harare Tuesday as news spread that President Robert Mugabe, 93, had resigned after 37 years in power.

Zimbabwe’s President Robert Mugabe has resigned, parliament speaker Jacob Mudenda said on tuesday evening. A letter from Mr Mugabe said that the decision was voluntary and that he had made it to allow a smooth transition of power. The surprise announcement halted an impeachment hearing that had begun against him. Lawmakers roared in jubilation and people have begun celebrating in the streets.


The surprise announcement halted an impeachment hearing that had begun against him. Lawmakers roared in jubilation and people have begun celebrating in the streets.
Mr Mugabe had previously refused to resign despite last week’s military takeover and days of protests. The letter did not mention who would take over from Mr Mugabe.
The constitution says it should be the current vice-president, Phelekezela Mphoko, a supporter of Grace Mugabe, Mr Mugabe’s wife. Mr Mudenda said moves were under way to ensure a new leader could take over by late on Wednesday.

He has been in power since independence in 1980. Mr Mugabe has won elections, but over the past 15 years these have been marred by violence against political opponents.

He has presided over a deepening economic crisis in Zimbabwe, where people are on average 15% poorer now than they were in 1980.
The 93-year old clung on for a week after an army takeover and expulsion from his own ruling ZANU-PF party, which also told him to leave power.


The origin of Mugabe’s sudden downfall lies in rivalry between members of Zimbabwe’s ruling elite over who will succeed him, rather than popular protests against his rule.
The army seized power after Mugabe sacked ZANU-PF’s favourite to succeed him, Emmerson Mnangagwa, to smooth a path to the presidency for his wife Grace, 52, known to her critics as “Gucci Grace” for her reputed fondness for luxury shopping.

Mnangagwa, a former security chief known as The Crocodile, is expected to take over as president.

READ: How Mugabe Coup was hatched- Planned in Zimbabwe — but made in China