Home Regional Mugabe removed as WHO goodwill ambassador after outcry 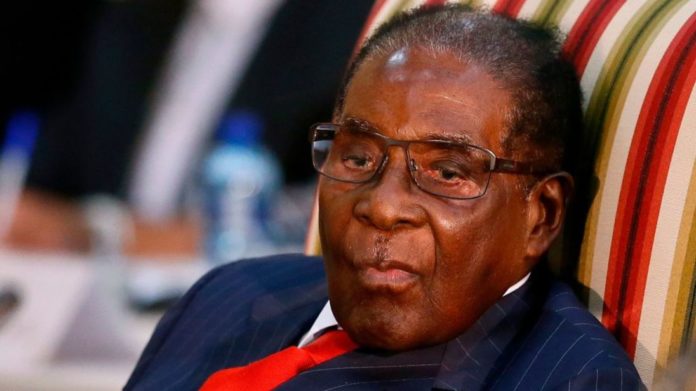 Zimbabwean President Robert Mugabe has been removed as a WHO goodwill ambassador, the World Health Organization (WHO) Director-General Tedros Adhanom Ghebreyesus said on Sunday following an outrage among donors and rights groups at his appointment.
Over the last few days, I have reflected on my appointment of H.E. President Robert Mugabe as WHO Goodwill Ambassador for NCDs in Africa. As a result I have decided to rescind the appointment.
Read full statement below


I have listened carefully to all who have expressed their concerns, and heard the different issues that they have raised. I have also consulted with the Government of Zimbabwe and we have concluded that this decision is in the best interests of the World Health Organization.
It is my aim to build a worldwide movement for global health. This movement must work for everyone and include everyone.
For me, what is important is to build political leadership and create unity around bringing health to all, based on WHO’s core values.

I remain firmly committed to working with all countries and their leaders to ensure that every one has access to the health care they need.
We must build bridges that bring us together and help us move forward in our quest to achieve universal health coverage.


I thank everyone who has voiced their concerns and shared their thoughts. I depend on constructive debate to help and inform the work I have been elected to do.