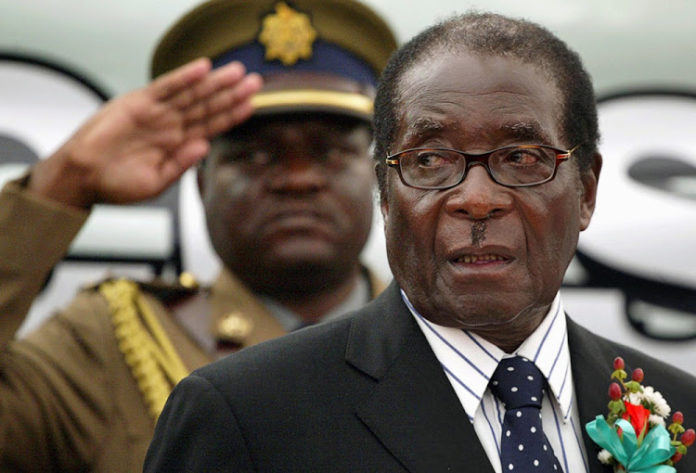 Zimbabwe’s former president Robert Mugabe was granted immunity from prosecution and assured that his safety would be protected in his home country as part of a deal that led to his resignation, sources close to the negotiations said on Thursday.
Mugabe led Zimbabwe from independence in 1980 but stepped down on Tuesday after the army seized power and the ruling party turned against him. Emmerson Mnangagwa, the former vice president, is set to be sworn in as president on Friday.


According to Reuters, a government source said Mugabe, who is 93, told negotiators he wanted to die in Zimbabwe and had no plans to live in exile.
“It was very emotional for him and he was forceful about it,” Reuters quoted a source as having said,
“For him it was very important that he be guaranteed security to stay in the country…although that will not stop him from travelling abroad when he wants to or has to,” the source said.

Meanwhile, the International Monetary Fund has warned that Zimbabwe must act quickly to dig its economy out of a hole and access international financial aid,
Government spending and foreign debt are too high and it needs structural reform, Zimbabwe mission chief Gene Leon The once-thriving economy is now seen as a regional basket case. “The economic situation in Zimbabwe remains very difficult,” Mr Leon told Reuters.


“Immediate action is critical to reduce the deficit to a sustainable level, accelerate structural reforms, and re-engage with the international community to access much needed financial support,” Mr Leon said.
Robert Mugabe’s policies, including disastrous land reforms and printing too much money, are blamed for the calamitous state of Zimbabwe’s economy. The economy is half the size it was at the turn of the millennium.


Zimbabwe has not had a currency of its own since 2009, when the old Zimbabwean dollar buckled under hyperinflation – which is said to have reached 231 million per cent, worse even than the notorious levels in Germany following World War One.
Economists say Zimbabwe needs a cash injection, but it has been barred from borrowing internationally since it began defaulting on its debt in 1999.