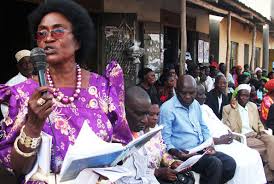 Inside Masaka High Court last week, Mubanda remained seated for almost one hour, seemingly in disbelief after Justice Michael Elubu dismissed her poll petition after being charged for vote bribery and rigging among the key grounds.

Mubanda was rushed to a private health clinic in Masaka Town shortly after leaving court. But it’s learnt now that the politician is currently on bed rest at her home in Kampala on medical advice in the wake of her unsuccessful petition.

Former Masaka district council speaker, Phoebe Kyewalyanga said that Mubanda will invite the press to speak out on her next move at the “right time”.

“Currently she is still suffering from the setback and she will invite media at the right time. She needs a break,”Kyewalyanga, who is her closest friend, said.