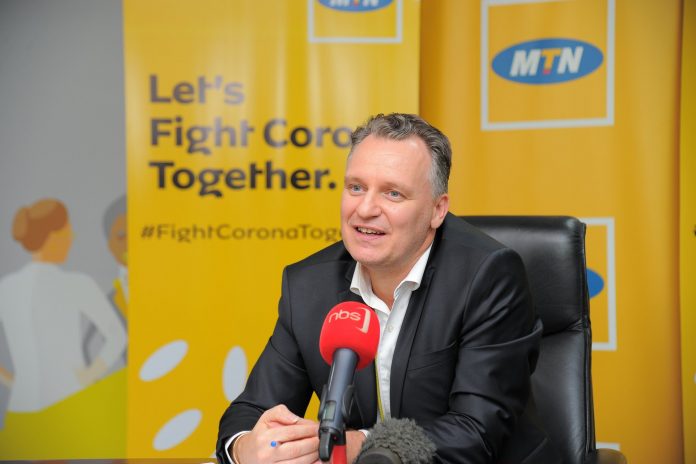 MTN Uganda has posted solid financial performance driven by data and fin tech revenue which registered double digit growth.
All the other core units remained on the growth path with subscriber base growing at the same time.

Mobile subscriptions improved from 14.20M to 15.72M registering a 10.69 % increase attributed to the sustained sales engagement and customer value management efforts.
While Data users increased to 5.32M from 4.59M a 15.96% jump underpinned to the company’s data growth initiative targeted at converting incidental users on the base into active users.


Total revenues increased by 9.71% to Ugx. 2.06Trillion from Ugx 1.88 Trillon. The growth was due to an increase in service revenues which was up by 9.35% Ugx 2.04 Trillion
Meanwhile, operating profits improved by 6.23% to Ugx 636.28 Billion. The company’s pretax profits increased by 6.64% to Ugx 490.94 Billion and after-tax earnings also went up by 5.82% to Ugx 340.41Billion
Expenses increased to Ugx1.00Trillion from Ugx 948.39Billion with the cost of sale increasing by 7.19% to Ugx 447.99Billion and operating expenses by 4.54% to Ugx 554.52Billion
The impressive performance was achieved in a very challenging economic environment undermined by the Covid pandemic.

In further analysis of the numbers, MTN was be able to post a good EBITDA margin.
‘‘A margin of 51.3% is considered a descent comparative benchmark in evaluating the operational efficiency’’ says financial analysts Stephen Kaboyo
The Managing Director Alpha Capital Partners adds: it also indicates that the operational expenses were much lower in relation to its total revenue.


‘’Looking at the main drivers that make up a good portion of their revenue, one can argue that falling voice revenues and margins have set MTN on a mission to look elsewhere and aggressively pursue other sources.’’

On fintech, it should be noted that it is during the reporting period that MTN was able to register its mobile unit as a separate business entity. In this regard, MTN took full advantage of its increased user base and market dominance considering the fact currently Ugandans remain unbanked but many own mobile phones that give them access to basic financial services. This alone offered a huge opportunity for MTN.


Fintech subscribers increased by 16.33% to 9.90Mn from 8.51Mn with most growth recorded on the mobile money services and basic fintech services supported by increased adoption of customers using the platforms for bill payment and merchant payments.
The board recommended a final dividend of Ugx4.706 to shareholders representing a dividend yield of 2.61%. The total dividend for the financial year 2021 will be Ugx15 with the Ugx10.284 dividend already paid before listing.