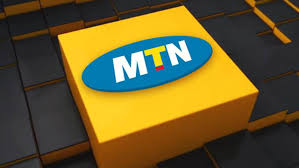 Africa’s largest mobile operator MTN says it is reviewing allegations that it paid protection money to militant Islamist groups in Afghanistan.
The complaint was filed in the US District Court for the District of Columbia in Washington on Friday.


It alleges that the firms violated the US Anti-Terrorism Act by paying protection money to al Qaeda and the Taliban, thereby providing material support to known terrorist organisations.
It was filed on behalf of families of US citizens killed in attacks in Afghanistan.
The complaint alleges MTN paid bribes to al-Qaida and the Taliban to avoid having to invest in in expensive security for their transmission towers.

“MTN is reviewing the details of the report and is consulting its advisers but remains of the view that it conducts its business in a responsible and compliant manner in all its territories,” said the company in a statement.
The alleged payments helped finance a Taliban-led insurgency that led to the attacks in Afghanistan between 2009 and 2017, the accusations say.


It is alleged that the money helped to provide “material support to known terrorist organisations,” thus violating the anti-terrorism legislation.
The complaint follows investigations by a group of large Washington-based law firms and alleges that firms provided “material support” to known terrorists, leading to numerous US injuries and deaths, according to a statement by the law firms involved.


MTN is Africa’s largest mobile operator and the eighth largest in the world, with more than 240 million subscribers.