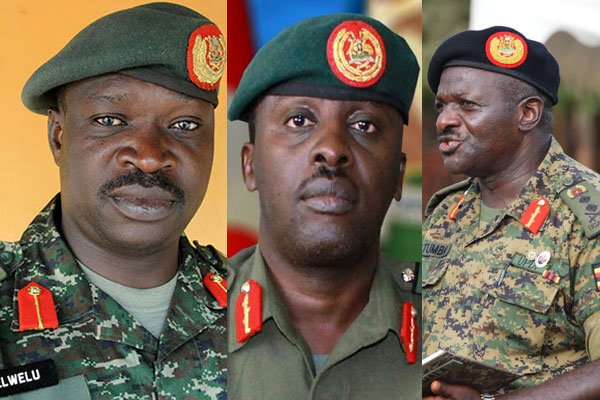 The debate on the Constitution Amendment Bill 2019 has continued with a section of Members of Parliament speaking against the presence of the Uganda People’s Defense Force (UPDF) representatives in Parliament.

UPDF forms part of the interest groups represented in Parliament, the others being women, youth, workers and now the elderly, who will start with the 11th Parliament.

MP Robert Centenary (FDC, Kasese Municipality) said UPDF MPs are unnecessarily drawn into partisan politics, and claimed of a ploy to increase the number of military representatives in Parliament.


“Iam foreseeing a situation where they are going to start retiring UPDF generals to go and contest and then we have this Parliament become an army council,” he said.

Centenary said the officers who represent the army in Parliament are only drawn from the senior officers, saying the junior officers have no voice in the process.

“We are making the lives of the military officers who we bring here very difficult,” she said.

Whereas MP Wilfred Niwagaba, the sponsor of the Bill, wants the army totally removed from Parliament, the Legal and Parliamentary Affairs Committee in its majority report vouched for maintaining the MPs in Parliament, but added they should become ex-Officio MPs, without voting rights.
For MP Jonathan Odur (UPC, Erute South), the representation of the army should come to an end, but he also vouched for the adoption of presidential term limits also proposed in the Bill.


MP Ogwal flaunted her credentials as a member of the Constituent Assembly (CA) that drafted the current Constitution, before making a case for the restoration of term and age limits for presidential candidates.

“The pressure to remove the term limits was brought by the advocates of the Kisanja [a euphemism for political term]; now that wisdom has been restored, can we reinstate term limits without debate,” she said.


MP Odur said the appointment of Electoral Commissioners has to be through public participation, and that the electoral body in practice acts as a quasi-judicial body in terms of resolving conflicts.

Debate on the Bill continues.