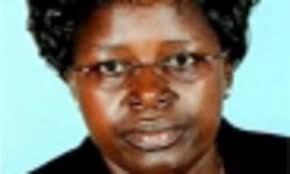 A Kenyan MP has demanded that a law be passed to help flight crews deal with passengers battling flatulence on board.
Lilian Achieng Gogo, MP for Rangwe constituency in western Kenya, told parliament that farting passengers were increasingly becoming a security threat because of the discomfort caused to fellow travellers.


There is one irritant that it is often ignored, and this is the level of farting within the aircraft… If this is not managed well it can cause discomfort and insecurity on board.”
The MP was contributing to a motion about amendments to a law on offences committed on aircraft.
The MP bitterly complained of how she has had to endure periods of uneasiness that she says should now be a thing of the past if security aboard aircraft is to be enhanced.

Among her proposed reforms was one that would allow flight crews to dispense anti-flatulent drugs to passengers.
We should have systems of the food offered on board and we should have basic medical systems that are able to reduce the level of gas that one can exude within the flight.”
Farting was such an irritant that it could lead to fights on board between travellers, Ms Gogo explained.
Farting is terrible within the plane.


She said the matter is worsened by the fact that passengers are immobilised for long hours, predisposing them to offensive emissions.
The lawmaker said that the bad habit has not spared the local flights either. She pointed out that Kisumu-Nairobi, and Nairobi-Mombasa flights are especially prone to high levels of farting.
“If I am the only one who has experienced this, then I think the rest of us are very lucky. We should have basic provisions of medicines such as Eno other than paracetamols on the flight.”


“I have experienced passengers go through the agony of long flights. We cannot be secure on board when the other passengers are experiencing discomfort. Farting and flatulence is done progressively and can be contained,” she said


We should have basic provision of medicines like Eno… yes this should be done and it should be a practice that is embedded in law.”
The MP also wanted all local and international flights to have paramedics on board, as well as the amount of alcohol served to passengers checked.


The drinking that happens in flights is terrible, it’s worse than what happens here on the ground. We should have a system where we are able to manage and control… also people’s medical history should be obtained before they are served certain alcoholic drinks for their own security.”