Home Politics Minister Tumwebaze on Kayihura’s sacking: Everyone has his time 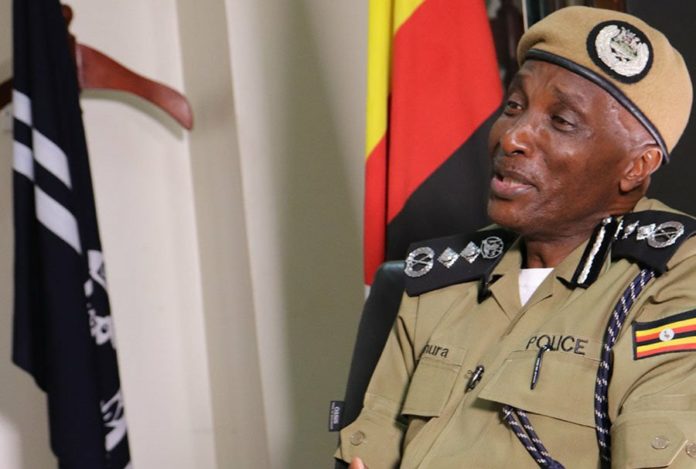 
The news was received with mixed reactions, with some Ugandans celebrating Kayihura’s sacking describing it as long overdue. This group this not see anything good from Kayihura. However, there is a group of Ugandans who think Kayihura did great job for 12 jobs he served as IGP.

Reactions from Ugandans
Journalist- Sadab Kitatta: The sacking of Kayihura and Tumukunde will impact negatively on some journalists, MPs.
Minister Frank Tumwebaze: I thank Comrades Gen Kale Kayihura and Hon Henry Tumukunde for their great service to the country. Everyone has his time.
Prisons boss; Johnson Byabashaija‏:I think KK should be judged fairly. There is a lot of good he did in Police, quite a lot
Le Lordĕ‏ @samagona :I disagree protecting land grabbers, failure to investigate deaths (Wamala case), being involved on some of the land grabs (Jinja Town case), mismanagement of the process of appraisal in police filled with nepotism and corruption, failure to deal with indiscipline officers..


Hon. Segona: Tumukunde has been placed to bring down Kayihura whether consciously or not. Tumukunde is retired in the army and as a minister. He’s sacked. He’s knows how to cause pressure
BWANA Josh @josh_mirondo : But president Museveni should be an arsenal fan,He has fired Kayihura to make us forget that Arsenal was beaten


UCC Spokesman; Pamela Ankunda : Kale Kayihura, thank you for the service. You served as IGP with total dedication and loyalty. Grateful Ugandan.
Silver Kayondo @SilverKayondo : Tectonic shifts in Uganda’s #security circles. Alas! The futility of power and violence. In the end, there is no winner. Blind loyalty should never be a reason to jail, maim and kill. Power, by its very nature is transient. Kayihura will be remembered as a very brutal man.


Soldier @PatohShanqueels : I never thought Iwound ever live to see a day when Kayihura is not IGP

S. NUWAGIRA @TheNuwagira : Why did M7 fire Gen. Tumukunde after he had said those nice things about Dr. Besigye? For Gen. Kayihura, his sacking was long overdue.

Okello Pascal @Cloud_Pascal : I am only happy that Kayihura is finally out

Wildlife biologist @BusuulwaSamuel : Firing Gen. kayihura and Gen. Tumukunde is a smart move, I feel like this is right.

Kibirige David: There is something to learn for all public servants :That we should always be impartial in serving Ugandans bicoz u may not know wat can happen to u next


Mathias Ssemanda @MathiasSsemanda : Gen. Kale Kayihura has served us so well. I know a few mistakes have been made. Here and there, but this doesn’t remove the fact that the force was in a terrible shape when he joined it. But let’s watch the space!


Sarah Kyobe N. @kyobesarah : Congratulations Martin Okoth Ochola there is alot we expect from you especially solving the ongoing kidnaps, murders, robberies , police offices welfare among others. The same goes to you Gen. Elly Tumwine the new appointed Minister for security