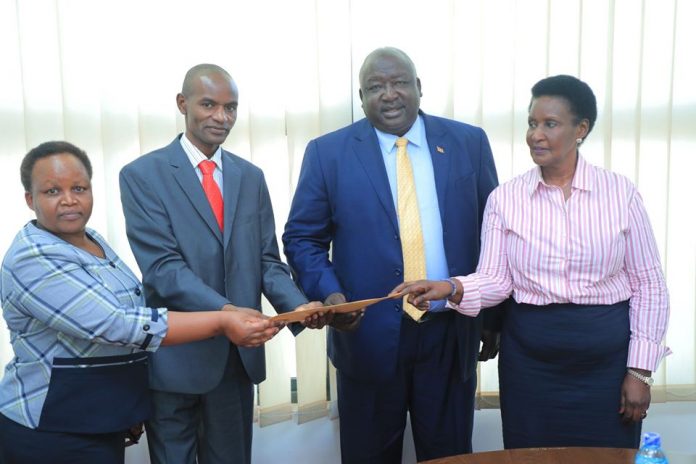 In a letter from the Foreign Affairs ministry dated January 16, Uganda protested what it described as “illegal” seizure of Lato milk on the basis of it being contraband, counterfeit and substandard.


Uganda government on Wednesday issued a Protest Note to the Government of Kenya expressing deep concern about illegal seizures of Ugandan made milk and milk products under Lato brand, causing heavy financial losses to the company.
Lato Milk is processed in Mbarara by Pearl Dairy and is one of the most popular brands in Kenya but the country has recently sought to reduce milk imports because of low prices local farmers there are facing.

The Ugandan authorities said its products were seized even after being cleared for entry by Kenya’s Ministry of Agriculture.
“The ministry is further concerned about the unfounded claim by Kenya that, that the products are counterfeit, and yet they have been exported by Pearl Dairy Farms Ltd, who are the registered owners of ‘Lato’ Trade Mark, and Brands and are being picked from warehouses of authorised distributors,” the protest note reads in part.


Recently Kenya Anti-counterfeit Unit raided distributors in Meru in eastern Kenya and confiscated tonnes of milk from Uganda.
The depot owner Pritpal Bhamra told reporters in Kenya that the raid was intended to block investors from doing business and called the raid “politically motivated.”
Uganda’s Foreign Affairs ministry said the Kenyan government impounded 43 tonnes of Ugandan milk powder on January 2, 21,600 litres of milk on January 7 and 79,200 liters on January 11.
The seizures executed on three separate occasions during the month of January 2020 contravene the EAC Customs Union Protocol.


Uganda has requested the Government of Kenya to: Immediately release the seized consignments of Lato branded milk, refrain any actions against Uganda’s exports to Kenya.
The Kenyan government has also been told to take full responsibility for any spoilage of the seized products.
‘‘Address any trade concerns within the EAC and bilateral frameworks instead of resorting to arbitrary means that could jeopardize trade relations between the two countries. ‘’ the Protest note from Ministry of Foreign Affairs dated 15/01/2020, reads in part.


Uganda has seen its milk production grow tremendously with reforms in the dairy sector to 2.6 billion litres a year in 2018.
At least 144 million litres are sold in Kenya every year, according to industry estimates. Kenyan companies like Fresh Dairy are big processors of milk exported to Uganda
The current standoff is likely to further depress milk prices in Uganda which have fallen to an all-time low at Ugx. 400 per litre


Good weather has also seen Kenya up its production to 5 billion litres a year. This with the milk imported from Uganda has depressed the local market, forcing Kenya to start measures to curtail Kampala milk. In 2010, Kenya blocked milk from Uganda to protect its farmers