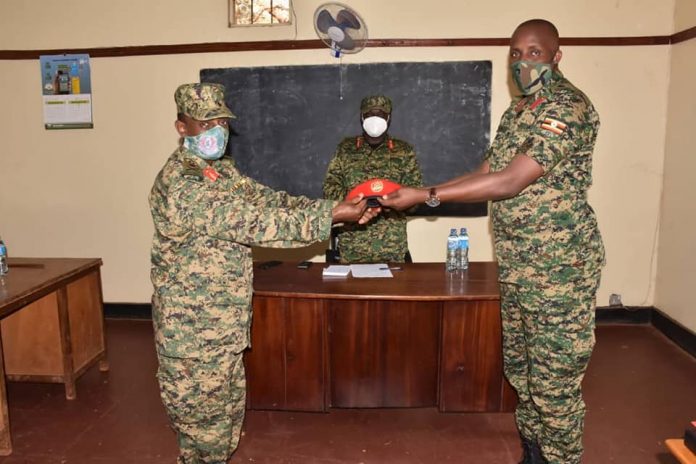 Col Keith Katungi on Wednesday officially took over as Commandant Military Police from Brigadier William Bainomugisha at Makindye Military Police headquarters.
Presiding over the ceremony, the Commander Land Forces Lt Gen Peter Elwelu thanked the outgoing for the job well done for having kept Kampala peaceful during his tenure in office.


For the incoming commandant he congulated him upon his appointment as commandant military police.

” You have taken over in a season of its own kind, a season of miracles ( kyamagero) where people put on masks, no state visits, schools closed, places of worship closed no shaking hands and empty soccer stadiums. We are operating in an extra ordinary environment which need new tactics but we have hope in you and you will excel.”


Brigadier Bainomugisha thanked the Army leadership for the opportunity to serve as commandant for a period of two years and team spirit exhibited by the officers and men of military police which enabled him excel. He called upon them to accord the same to Col Katungi