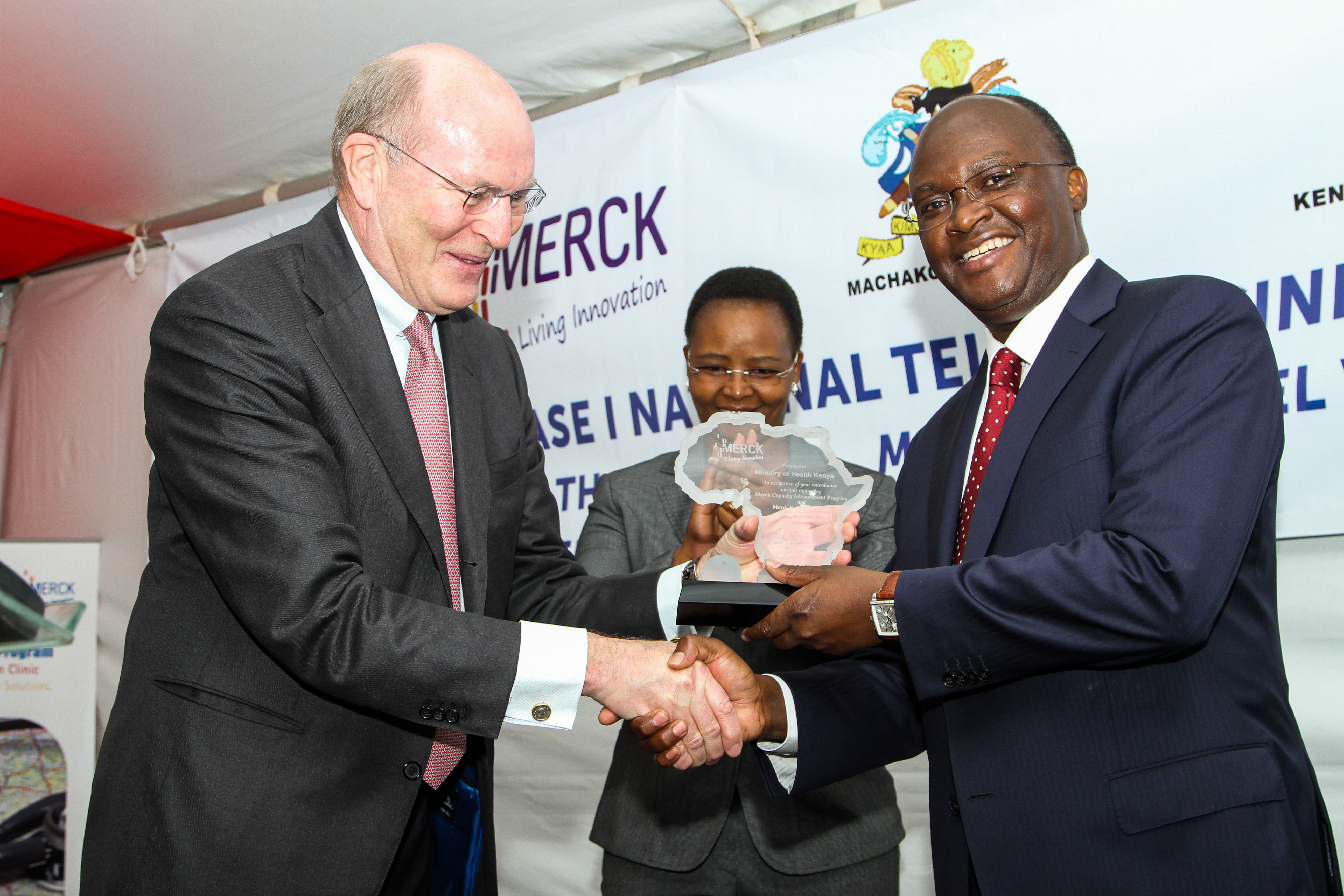 During the 11th African Congress for Women Entrepreneurs, Professor Frank Stangenberg-Haverkamp, Chairman of Executive Board and Family Board of E. Merck KGaA received the “African Alliances He for She Award” for Women Empowerment. This was in recognition of Merck’s efforts to empower women in the field of research and healthcare through the Merck Capacity Advancement Program and UNESCO – Merck Africa Research Summit.

The award also recognizes Merck’s significant contribution to empower infertile women in Africa through the ‘Merck More than a Mother’ campaign.

“I am very happy to receive this important award. The “Merck More than a Mother” campaign is a very important initiative to empower an unprivileged segment of women in Africa,” Prof. Dr. Frank Stangenberg –Haverkamp said upon receiving his award. “Women who suffer infertility have been neglected, mistreated and discriminated because they cannot bear children, while we must also consider that 50% of infertility is caused by male factor and yet women are solely blamed for it.”

Dr. Amany Asfur, President of African Alliances of Women Empowerment explained, “We are very proud to acknowledge Merck’s efforts to empower infertile women in Africa by improving their access to information, awareness, health and change of mindset through their historic ‘Merck More than a Mother’ campaign.”

“Through the ‘Merck more than a Mother’ campaign we started an important project called ‘Empowering Berna.’ The project seeks to help infertile women, who cannot have children anymore, start their own businesses and build their independent and happier lives. I am very passionate about this project and I will follow it up by myself with women organizations across Africa.” mentioned Dr. Rasha Kelej, Chief Social Officer of Merck Healthcare.

The “African Alliances He for She Award” award also recognizes the UNESCO- Merck Africa Research Summit- MARS’s new initiative to empower African women researchers. The initiative is very critical for Africa’s future, and its social and economic development, which cannot be achieved except with the economic empowerment of women and youth.

During the same conference, the African Women Empowerment Award was granted to H.E. Samba-Panza, Former President of Central African Republic and H.E. Prof. Ellen Johnson-Sirleaf, President of Liberia, who was represented by H.E. Julia Duncan-Cassell Liberian Minister of Gender. African Alliance for Women Empowerment was established in 2006 with focal points across Africa with the main objective of Empowering Women of Africa to Meet the Millennium Development Goals (MDGs). This is through economic, political and social empowerment of Women.

During the African conference for women entrepreneurs, a high level panel of Merck More Than a Mother was conducted during which, Hon. Sarah Opendi the Ugandan Minister of Health, Hon. Jean Kalilani the Malawian Minister of Gender, Children, Disability and Social Welfare, Hon. Julia Duncan-Cassell the Liberian Minister of Gender and social affairs, Hon. Dr. Lanre Tejuoso the Nigerian Chairman Senate Committee on Health, Hon. Qedani Dorothy Mahlangu MEC Health Gauteng Government, South Africa, and parliamentarian members and academics from Uganda, Kenya, Angola, Mozambique, Tanzania, Nigeria and Ivory Coast, discussed Merck More Than a Mother objectives and intervention across Africa and a commitment was made to kick off the campaign in each country during 2016 and 2017.

Merck is a leading science and technology company in healthcare, life science and performance materials. Around 40,000 employees work to further develop technologies that improve and enhance life – from biopharmaceutical therapies to treat cancer or multiple sclerosis, cutting-edge systems for scientific research and production, to liquid crystals for smartphones and LCD televisions.