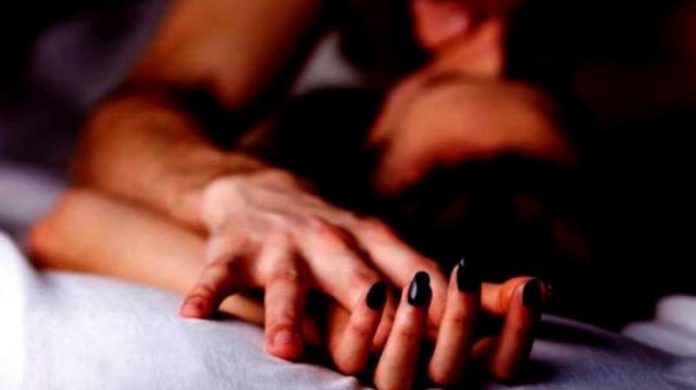 Reports say prostitution has moved from the streets to the internet through social media and dating apps like Tinder.
So I went online in search of the Kenyan male prostitute. Soon enough, a simple Google search exposed various adverts promising ‘a good time’ from agile, handsome, young men. I sent WhatsApp messages as instructed.


All of them needed a photo of me, a list of qualities specifying what I am looking for, and lastly a membership fee which varied from KSh350 (Ugx. 12,950) to KSh2,000. (Ugx. 74,000)
LIFESTYLE UPGRADE
I moved on to Facebook, where I joined Nairobi Cougar Lounge, a Facebook group with over 3,900 members.
Here, young men looking for women who can pay them for sex and sex agencies linking these men with women mingle freely.

There are no hard statistics, but if news clipping and the buzz on social media are anything to go by, cross generational sex may be at an all-time high.
The sugar baby phenomenon where young men known by the street lingua as Ben 10’s get into transactional, drawn out relationships with older women in exchange for a lifestyle upgrade have become common place and even mildly socially acceptable.


Apparently, women are doing away with the whole pretend dating process and seeking out men purely for physical gratification in contractual no-strings-attached arrangements.
Nelson, 27, who likes to go by Nelly, is one of these men trading his body for cash. His Facebook post says that he is looking for ‘stable’ women.
He responds to messages very promptly but seems to lose interest when he realises that I am not a paying client.
He is of medium height, dark-skinned and his bulging biceps is a sharp contrast to his face, which looks much younger than 27. He weightlifts.


Nelly speaks little English. He is the first born of 10 siblings.
INTIMACY
What does a 27-year-old know about intimacy or a woman’s body that a much experienced woman would pay him for intimacy? I want to know.
Sexual intimacy, he reveals, is hardly ever a priority in the average Kenyan marriage, especially after the first two or so years.


Also, while the most common requests from him on his side job is sexual intimacy, his average client isn’t looking for years of sexual experience.
According to him, she is looking for someone she can have an exciting sexual experience with. (Usually, a woman is just looking to spend time with a man whose only focus is making her feel good),” he says.
SEX
He meets most of them in city hotel rooms and a few of them in their homes. He admits that he is under no illusions about the contract nature of these arrangements.


The money isn’t top dollar but it’s enough to help feed, clothe and send his siblings to school. His parents are unaware of his side hustle.
They are grateful that his job at the spa is going well. Nelly has a girlfriend he sees himself marrying someday. She also has no clue about his side job.
He tries not to see her on days that he has seen a client, and he admits that the juggling can be draining.
FATE
When I ask around, I am referred to James. He is a dancer and a stripper, I am told. But he will offer any other services I please, as long as I pay for them.


After a long back and forth on the phone, James finally agrees to meet me in a restaurant close to our offices.
He doesn’t look anything like what pops into one’s mind at the mention of the term male prostitute. “I hate that name,” he says later.
He prefers to be referred to as a dancer or a model.
He is about 5 foot 7, chocolate skinned, has a medium build, an open smile and a surprisingly open demeanour like one would expect of a more forward man.


He is not strikingly good looking but he is easy on the eye. He also speaks good English.
UNEMPLOYMENT
Because no job was forthcoming after graduation, he took up small waiter jobs in clubs over the weekend.
It was while there that a colleague told him of an outfit that recruited young men for stripper gigs. He could earn as much as Ksh5,000 (Ugx. 185,000) for a few hours.
That’s how he started dancing and stripping. “I dance at private parties mostly bridal showers not strip clubs,’ he offers.


What has stripping and dancing taught him about life? “We think that men and women are very different. When you go to those bridal showers where there are strippers, women behave just like men. They grab, spank, and they ask dancers for extras. We are all not that different,” he says.
Most of his clients are women he meets from these events. What is the profile of the average Kenyan woman who pays a prostitute?


“They are married, young, mostly in their 30’s. Some of them are even attractive,” he says.
Why do young attractive women need to pay for sex? “Women are dating or married to men who are not very creative in bed. Men who spend their weekends drinking or going out of town to look for plots to buy,” he says.
His clients are repeat clients but they will not call him every week. She will call him and disappear for weeks or sometimes months, then something will happen in her life that will make her feel sad or lonely and she will call him again.


He charges anything from Ksh3,000 ( UGX. 111,000) for time with him. Charges vary from woman to woman.
He tries to have safe sex every time. James sees children and a wife in his future.

Read full story here: Why women are paying for sex