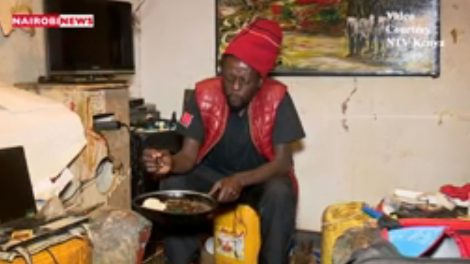 Geoffrey Lugaye has found a way of supplementing his diet with proteins; by eating cockroaches. He feeds on the insects that roam freely in his house. He likens their taste to that of flying termites.


Mr Lugaye told NTV Kenya that he prefers eating cockroaches because he finds them very delicious compared to other options.
He claims the coackroaches boost his immunity to diseases. He even shared a secret recipe to his most scrumptious cockroach meal

“I tried the boiled option but I did not like it, I like them fried.” He said.