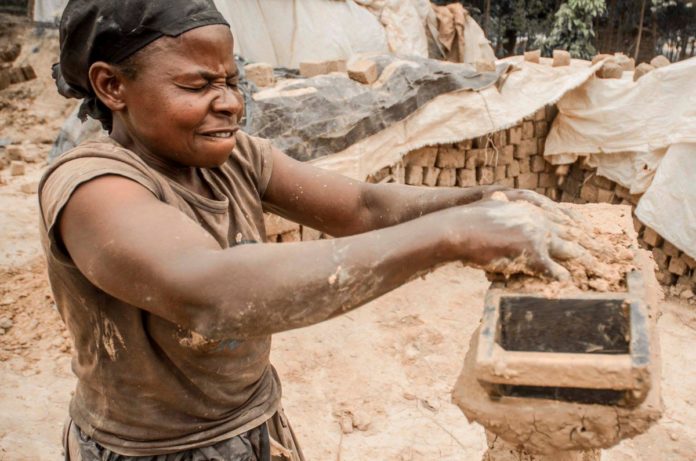 Edith Nakimbugwe from Buloba Wakiso District; is a seasoned brick layer. The mother of five started laying bricks in 1993 at 20 years old, when she failed to get a job after studying at Nakasero college.


After giving birth to their first child, her husband who was still a student was not earning any money to look after his growing family. She had to step in and fill the gap, this is how she began her brick laying business.
It’s been twenty five years since she started this business. With the profits from the brick laying business, she went on to buy a farm in Kakira to grow coffee, bananas and beans.

According to Kweeta Uganda, Nankimbungwe has also been able to build some rentals that provide her with a monthly income. Edith takes pride in having ventured into brick laying as it supports her family and enables her to single-handedly pay school fees for her children, despite the challenges it brings.
Through the mud, heat and ridicule, Edith has raised and educated her five children with three in secondary school, one at the university and the oldest, a graduate from Makerere University with a bachelors degree in Tourism and Travel.


“People still laugh at us now but seeing what I have been able to reap from my job, I am not about to give it up. It is important to let women do whatever job they want to do,” She says confidently. “I am planning to have a bigger land to be able to make bricks, just like Uganda clays, with trucks transporting the bricks from other places to one central place.” she told Kweeta Uganda


As she grows older, she believes that a brick making machine would come in handy to lessen the physical effort needed and increase the number of bricks she makes.

Read full story here: I Was Ridiculed for Doing What Everybody Called a Man’s Job.