Home Politics Mayinja is politically dead- he will be dumped sooner than later –Tamale... 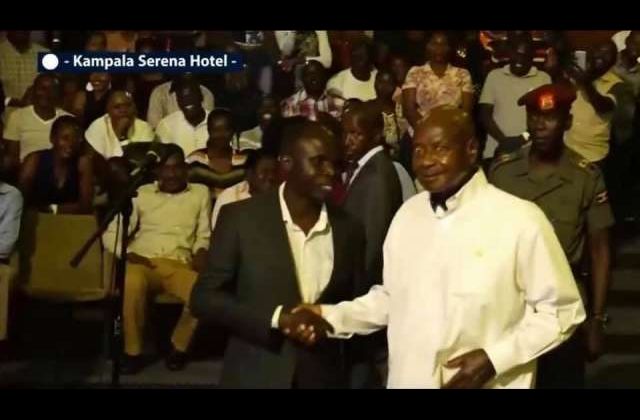 
The former vocal supporter of Bobi Wine’s People Power Movement, claims the NGO seeks to find the peace which is currently destroyed by selfish politicians.

Mayanja, a founding member of defunct Eagles Production and director of struggling Golden Band reportedly formed the NGO after meeting President Museveni on 31st December 2019 at his farm in Kisozi.


While on Top Radio on Monday, the self-styled Media consultant, Mr. Tamale Mirundi described Mayinja as a no body in Uganda’s politics.
Murindi who served as President Museveni Press Secretary for 14 years said that Mayinja’s political career had come to end.


‘’ Mayinja is a no body. He gained fame by singing anti Museveni songs. He was also riding on Bobi Wine to gain political support’’ Mirundi said.

Mirundi without mentioning names, said Mayinja has joined the list of once promising politicians who have been used by mafia’s and dumped after being used.

‘‘I know these mafias. Time is going to came when they [Mafia’s] will stop taking Mayinja’s calls’’ Mirundi said.


But the musician says his movement is aimed at restoring peaceful co-existence of the different tribes, religions and political parties amongst Ugandans.

Mayinja also outlined the five key tasks that they intend to accomplish, including carrying out nation-wide tours to sensitise Ugandans on the importance of peace, compose music that promotes peace in differed local dialects, and downplaying divisionism.


He called upon Ugandans especially the youth to come up with music drama series and any other creative ways in different languages that will contribute to the unity of Ugandans.

He said that his team will move across the country to popularise the movement and different works produced by well-wisher citizens through organising legal concerts with permission from the Police.


Meeting with the president

The Aspiring Gomba MP described the interaction with President Museveni as cordial and humbling. He said he had brought to the president’s attention the challenges ordinary people face in addition to the need to support the arts in Uganda.