Home Politics Mao: I will contest in 2021 presidential elections ‘‘You’re working for M7’’... 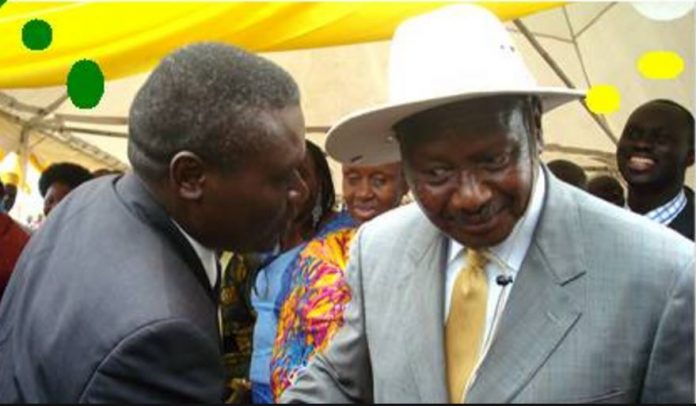 
He joins Bobi Wine, Forum for Democratic Change’s Dr Kizza Besigye and President Museveni in the race for Uganda’s next president come 2021.
However, Butambala county MP Muhammad Muwanga Kivumbi, says Mao is government mole, whose entry in 2021 presidential race is sponsored and a deliberate move designed to undercut the political base of people power by denying President Museveni main challenger Bobi Wine, the DP block vote.


Bobi Wine recently declared he will challenge President Museveni in 2021.
The MP said he had very reliable information that Mr Mao was being used by the ruling NRM party to also contest in the forth coming presidential elections, a move he said aimed at weakening the People Power pressure group headed by Bobi Wine.
The Butambala county MP disclosed this while on NBS television’s Morning Breeze programme on Monday.
President Museveni has a project 2021 and beyond. “For this project to succeed, he intends to divide the Opposition and among the people he talked to and accepted is Mr Mao. He agreed to run for president not that he can win but to be part,” the MP said.

Mao responds
In response to Muwanga Kivumbi’s accusations, Mao branded the MP “reckless” and “a less intelligent legislator”.
“Stupidity is not a crime, not even written anywhere in the Penal Code Act. If it was a crime, many people would be in prison. It is not even taxable; I wish there was a tax on stupidity, Uganda would be a very rich country,” a seemingly irritated Mr Mao shot back.


Recently Mukono Municipality MP Betty Nambooze called Norbert Mao a “pumpkin” for allegedly being green on the outside and yellow in the inside.
Yellow is the official colour for the ruling NRM party


Tamale Mirundi speaks out
While appearing on 96.3 Beat FM on Wednesday morning, presidential advisor on media, Tamale Mirundi revealed that there very few opposition members in Uganda and Muwanga Kivumbi is one of them.
Speaking in tongues, Mirundi said: ‘‘I worked in the ‘shrine’ [read State House] for many years. I saw ‘priests, ‘Sheikhs’, ‘Nuns’ coming at night for ‘consultations’ Mirundi said without giving more details.
Mirundi worked as President Museveni Press Secretary for 13 year.

read: Muntu: With time Ugandans will be shocked to know who the “moles” are