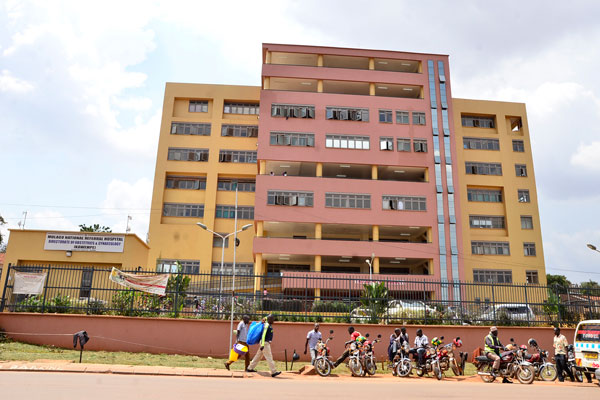 
Kampala Metropolitan Police Spokesperson Luke Owoyesigire identified the deceased as Musinzi Faustine, 56 years old and a resident of Gomba Kisozi. The late was reportedly admitted at Kirundi hospital two weeks ago.
Emmanuel Ainebyoona, a Senior Public Relations Officer at the Ministry of Health, Musinzi suffering from kidney dysfunction, diabetes and other illnesses was admitted with in a critical condition, having missed some dialysis sessions before the admission


The incident is one of the spate of gruesome suicides.

September 2016, Mustafa Kalule jumped off rooftop of Mabirizi Complex along Kampala road in what seemed like a suicide attempt. He fell on top of a vehicle, which was parked outside the building injuring his head. Kalule was rushed to Mulago national referral hospital for treatment.


On December 9, 2014, 25-year-old Deus Kabisire jumped off the last floor of Mabirizi complex and crashed to death.
Kabisire left behind a note showing that he had decided to end his life after being abandoned by lover yet he had spent huge sums of money on her.