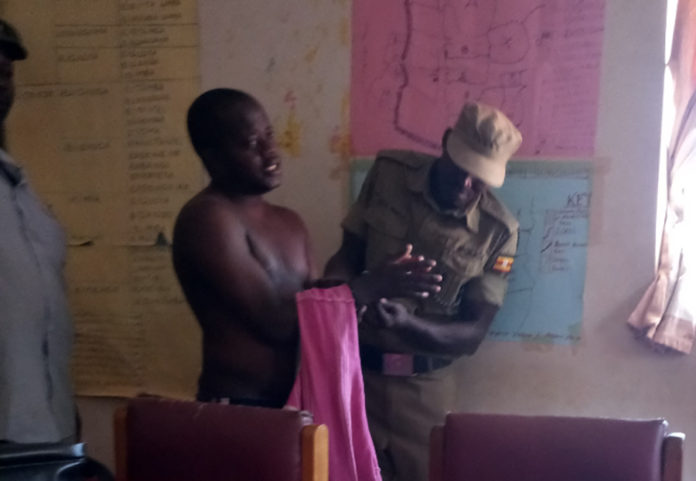 
Drama ensued on Wednesday at Masindi high court after chief magistrate Catherine Agwero was beaten by man he had convicted during court proceeding.
The punch-up which lasted for more than five minutes started when the magistrate made a ruling against Kyogonza Fred a former clinical officer with Masindi District Local Government to pay 4.8 million or be imprisoned for six months for a case he lost four years ago.


In 2013, Kyogonza filed an application against James Magadua a tycoon in Masindi town but lost the case. He was told to pay Ugx. 4.8 million as court costs.
After the magistrate read out the sentence, Kyogonza jumped from his dock punched the magistrate damaging her mouth in the process. The magistrate was only saved by the prison warders and the people who had turned up for court.


Angwero was rushed Kitara Medical Centre, Masindi with several injuries to her head. She has since been rushed to Kampala for further medical care.
Edwin Atukunda, the acting District Police Commander Masindi confirmed the accident adding that Kyogonza will be charge with contempt of court and assault.


Uganda Judicial Officers Association (UJOA) president Geoffrey Kaweesa condemned the act and called for more security for all judicial officers.
“This is unfortunate but it justifies UJOA’s call in our MEMO that led to Industrial Action. The call for securing all judicial officers especially magistrates and registrars,” he said.