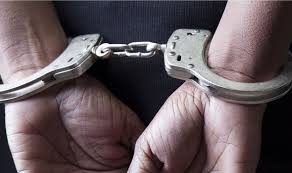 The Territorial Police in Kamengo, has in custody a 38 year old, male suspect on charges of Aggravated Defilement, from an incident that occurred, during the year 2017, where he defiled his seven year old niece and infected her with HIVAIDS. The unfortunate incident happened at Lukango village, Kamengo Sub county, Mpigi District.


The investigation which was as a result of intelligence obtained from a medical facility, which diagnosed the victim, a primary four pupil, with HIV/AIDS.
Both her parents were examined and found to be HIV negative. As a result, the victim revealed how the suspect known to her as a maternal uncle, defiled her on three separate occasions, from his garden at Lukango village.

suspect reportedly threatened to kill the minor if she ever revealed the matter to anyone. The matter was however, brought to the attention of her parents in 2008, who were equally threatened by the suspect, till September 2019, when the intelligence was picked by the police.
On the 26/09/2019, the suspect identified as Kaweesi Joseph, a 38year old, was arrested. He was examined and found to be HIV positive and on ARV drugs.


Defilement is a crime of Capital nature and can carry a sentence of up to life imprisonment, if found guilty.
Police has called on parents, guardians and caregivers to closely, watch out for early signs of child sexual abuse and to always come forward early enough and report to the police.


For instance, the victim could have been put on PEP treatment and saved from the deadly disease during the first 72 hours. The victim is currently undergoing counselling sessions by a team of specialists and has also been put on treatment. 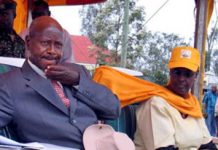 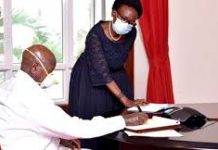