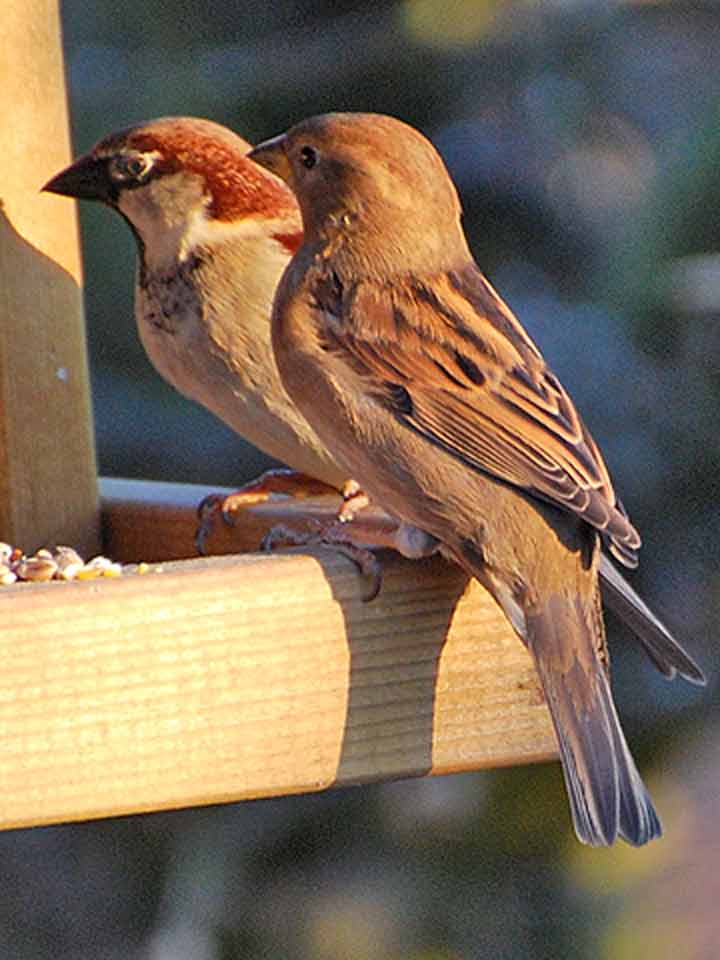 A new study shows that male sparrows can judge if a spouse is prone to infidelity, providing less food for their brood if their partner is unfaithful.

However, cheating comes with a cost – the cheating female’s partner will provide less food for their nest of young. It has long been suspected that males know that not all the chicks in their nest are theirs, and so make a decision to provide less. But an alternative explanation is that cheating females and lazy males tend to pair up naturally.

Researchers from the UK, Germany, and Australia have now revealed that males make the decision of how much to provide for their chicks based on the tendency of their partner to cheat. The study, published today in The American Naturalist, followed the entire sparrow population of the island of Lundy in the Bristol Channel for 12 years.

Lead researcher Dr Julia Schroeder of the Department of Life Sciences at Imperial College London said: “Males changed their behaviour based on their partner. When they switched from a faithful partner to one prone to infidelity, they provided less food for their brood.” Females might also change their behaviour when paired with a less lazy male, cheating less with a more attentive father.

The research showed that males cannot actually identify whether all the chicks in their nest are theirs or not, and instead base their feeding decisions on who their female partner is.

“If chicks were switched into a nest where the female was faithful, then the father at that nest kept up his hard work providing for the chicks, suggesting they have no mechanism, such as smell, to determine which chicks are theirs,” said Dr Schroeder. “Instead, the males may use cues from the female’s behaviour during her fertile period – for example how long she spends away from the nest.”

The study followed 200 males and 194 females as they formed 313 unique monogamous pairs and hatched 863 broods on Lundy. Some sparrow ‘divorces’ occurred – but most changes of life partner were due to a death.

The team DNA genotyped every sparrow, allowing them to build up precise family trees, and find out which females were most unfaithful and who their cheating males were. “Lundy is a unique natural laboratory because it is almost a closed system – very few birds leave the island or arrive from the mainland. In the entire 12 years only four birds immigrated to Lundy, possibly carried by boat.”

Dr Schroeder and her team are continuing to study the Lundy sparrows to uncover how and why social behaviours like monogamy arose. Being unfaithful may be a costly behaviour for females because they only lay a limited number of eggs, and it may be a hangover from when their ancestors were not monogamous, rather than a useful strategy for getting the strongest offspring.