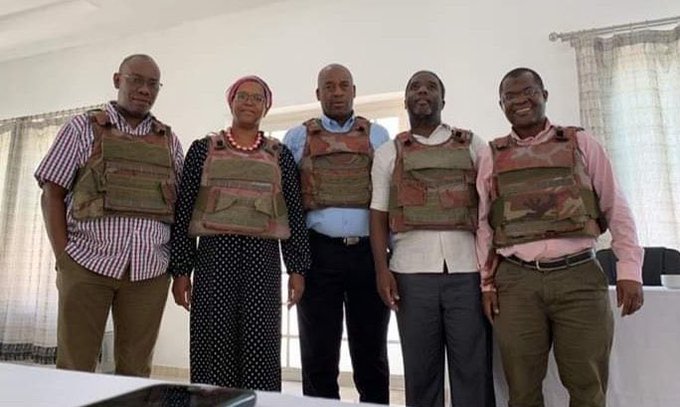 Although the Malawi Electoral Commission is yet to declare the final result from the re-run of the presidential election, early indications show that the incumbent Peter Mutharika is trailing behind his main rival Lazarus Chakwera.
Mr Mutharika says there’s no winner or loser, and has refused to concede defeat.
According to his running mate, Atupele Muluzi, who said he had been sent by Mutharika to address the media, the president is appealing to all his supporters to disregard reports that say he has lost the elections, saying they must wait for the MEC’s official announcement.- the BBC reports.


Results from all 28 districts, signed off by officials and party representatives at district level show that President Mutharika is lagging behind Lazarus Chakwera – who leads the main opposition Malawi Congress Party and represents the Tonse Alliance made up of nine opposition parties.
True heroes of Africa? – Events before the May 2020 presidential elections
In March 2020, President Peter Mutharika sacked the country’s military chief, General Vincent Nundwe-and the crime was simple.
The army was ‘siding’ with the people who were protesting May 2019 election results.
Last year, on May 21, 2019 Malawi presidential elections were announced. However, by May 24, both leaders of the main contesting opposition parties in had issued statements challenging the credibility of the elections.
Protesters took to the streets protesting the outcome of the rigged polls. The protestors reportedly enjoyed the support and protection of the army.

While deploying forces, the now dismissed Malawi Defence Forces commander Gen. Nundwe declared that his “priority is to ensure that Malawi is sovereign as well as peaceful.”
“I have served Malawians well. I don’t regret that.” Vincent Nundwe said after his sacking.

The five judges
Eight months of court proceedings followed, which were broadcast live on all major radio and television stations across the country in English and Chichewa.
Hearings were completed by December 2019, and a judgment finding Malawi Electoral Commission grossly incompetent
The judgment declared that the irregularities in the election were so widespread and so systemic that the election could not be accepted as the genuine will of the people.


The court also interpreted the term “majority”, a term enshrined in the Malawi constitution, as meaning 50% of the voting population in an election plus 1 voter, so that even without irregularities, no presidential candidate had been duly elected in 2019.
there are uncomfrimed reports that they rejected a $200m bribe. they later reported the case to police.‘‘Their lives were in danger -the army had to provide bulletproof vests’’


In a continent where armies often prop up governments, crush dissent and interfere in mainstream politics, Malawi in southern Africa has been an exception for decades.
From Sudan to Zimbabwe to Ivory Coast and Guinea-Bissau, the military has had a long track record of being state flunkeys, breaching the neutral role it is supposed to maintain.
But Malawi, was different.