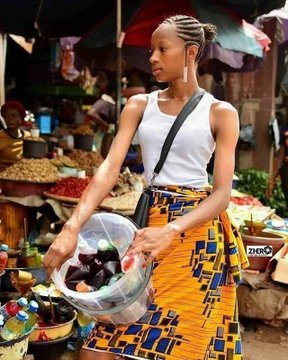 She says she got tired of looking for jobs and men asking for sex In exchange for job offer.
It is estimated that more than 400,000 young Ugandans graduate every year. However, fewer than 100,000 are absorbed into formal employment. 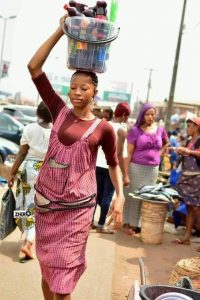 The first Lady Janet Museveni recently called on the youth to stop laziness and use the little they have make a living.
‘ ‘ My beloved children, my prayer for you is that you will make a quality decision, when you are still young and there is still time to reject laziness and the spirit of entitlement. Do not fall into that trap of feeling that the world owes you something and your livelihood is someone else’s responsibility. In Uganda, we have two growing cycles, where almost every food crop can grow and thrive because of our mild climate and good rainfall.If like the example in the story, you are willing to try, then you will see the fruits of your diligence. The NRM government has a number of good programs in place, especially to support young people who are determined not to remain poor.’’ she said \

She added: I implore you to tap into the help and support that is available and do your part as well. Do not give up even though life and work is hard. If you are diligent and persevere, you will succeed.


Last year, A third-year Bachelor of Mass Communication student at Muteesa 1 Royal University, Mbabazi Sharon become a celebrity after it emerged that she lays bricks for a living. Rather than being shy about it, the 22-year-old is unfazed by her job. She has instead turned it into an inspiration to even work harder.
She gained popularity after she released videos of her laying bricks. To many Ugandans, Sharon is the iron lady with a resolve of a tough man. To others, she is the enterprising girl from whom many of her kind should draw inspiration to better their lives. 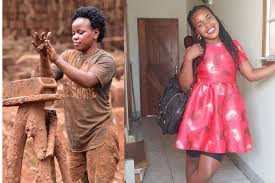 In Uganda, bricklaying is known to be a men’s job going by its need for immense physical strength. However, Mbabazi has chosen to view things differently. “Today it’s not about the type of job you do. The gender line has been closed, with more women taking on hitherto traditionally manly jobs. We have made women boda boda riders, conductors among others. What matters is the money they get because poverty doesn’t discriminate against sex,” she said.