Home Business LYCAMOBILE: the telecom company that ‘died’ the very day it launched in... 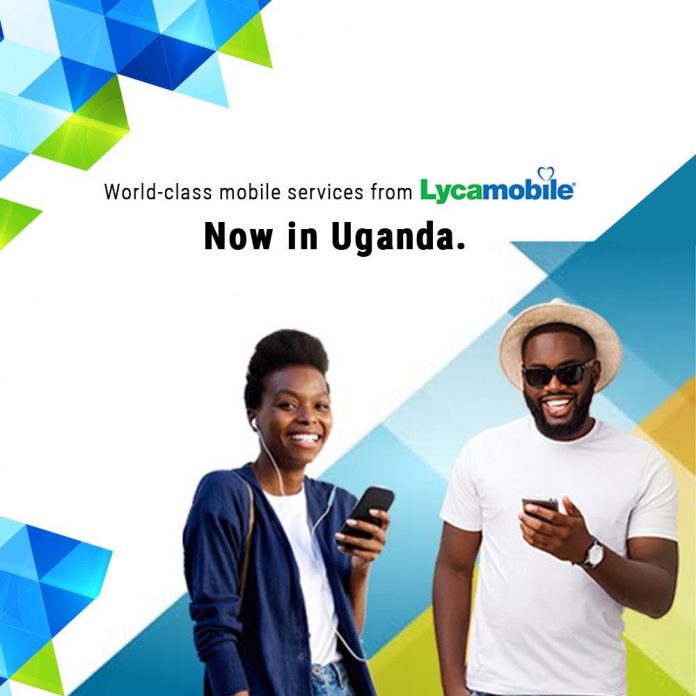 January this year, a new telecom company- Lycamobile, a UK based telecom company launched its services in Uganda at a colorful ceremony held at Serena hotel in Kampala.
The telecom uses code 072
At the launch, the minister of ICT, Hon. Judith Nabakooba, described the Uganda’s telecom market as ‘‘Tough’’
Vinay Alapati, the Lycamobile Uganda director, revealed that they will ‘’ lay a foundation for operations in Uganda’’ adding that they will inject $100b.

He said, Lyca mobile will offer quality services at competitive prices.
More than five months after the launch, the virtual technology company, seem to have gone a recess.
Apart from a few billboards here and there, is nothing much is happening, something that has left the market analysts second guessing.
Is the company taking route the likes of Warid telecom, K2, Orange Uganda took? Otherwise the silence can be heard by all and sundry.


Experts weigh in
Industry experts wondered what LycaMobile has to offer in a highly competitive and nearly saturated market.
The telecom market is dominated by MTN Uganda [market leader] followed by Airtel Uganda. And fringe operators Africell Uganda and struggling government owned Uganda Telecom Uganda on the other side.
Over the years, a couple of telecom companies have closed shop: Warid telecom, Orange Uganda, Smart telecom, Smile telecom, and more recently K2 that was swallowed up by Airtel Uganda.
‘This history is enough for any serious investor to think twice before pumping billions in Uganda’s telecom market’’ says an industry expert.


History does not favour new players
Industry experts agree that it is increasingly becoming next to impossible for a new player to launch and survive in Uganda.
‘‘What is that Lycamobile offer to Ugandans who has had his MTN/ Airtel Uganda for five years that will force them to drop it for your network?’’ said telecom expert.
In any case, Ugandans already have other choices.
Lycamobile pledged to boost the 4G internet connectivity beyond Kampala.
The collapse of the likes Vodafone, Warid etc makes Ugandans have a second thought for the new comers.
Lycamobile, experts say, have got an uphill task to convince and assure Ugandans that it’s ‘’here for good’’
Some Ugandans were cheated after wasting their hard earned money on their internet devices, of these companies only to wake up and the telecom firm were no more.

Did Lycamobile founders ask themselves these questions: What is Uganda’s current population, current level of service, how many Ugandans are using mobile money, how many are using Airtel and MTN lines [combined] against the population etc?
Armed with this information, what new and unique offers is Lycamobile going to provide? Even if you say, you’re going to offer cheaper services, for how long can they hold their breath under the water?


Beyond profits
It is also true that some companies have objectives beyond profits. In such cases, the strategy is first acquire telecom license before they pursue other objectives.
It is for this reason that many companies continue to operate even when they are making losses year after year.
Could this be true that Lcyamobile’s objectives are beyond profits? What could these objectives be? Your guess is as good ad mine

Mobile Virtual Network Operator (MVNO) It depends on other networks to deliver telecom services.
This kind of license or business model significantly constrains the operator, as they have to cede a huge chunk of their revenues to the partnering telecom.
It is like an insurance company paying over 80% of their collected premiums to a re-insure.
Largely, a 21st century phenomenon, MVNO’s have taken over the market especially in developed world. In some European countries, MVNO’s control between 10 and 40 percent of the market.


However, MVNO’s have largely failed to take root in Uganda and Africa.
Will Lycamobile do the miracle?
Successful MVNO’s often survive by identifying a niche market, use conventional business model.
According to research, 75 to 85 percent of MVNO cost structures involve variable charges like wholesale airtime costs and customer acquisitions expenses. Successful MVNO, need to minimize customer acquisition and retention costs.
Successful MVNO’s occasionally depend on their existing customers to take on certain aspects of their operators such as sales, customer service and marketing.


For example, one of the MVNO in the United Kingdom is estimated to have paid UK three million pounds to its customers for job well done. Therefore, company needed only 28 full time employees.
Last word
Lycamobile may boost of being MVNO, thus the costs are lower. However, according industry analysts, MVNO model is not sustainable- especially in Africa. Otherwise, ask K2 telecom in Uganda and Equity bank in Kenya. Equity bank tried MVNO with Airtel in Kenya, the marriage did not last.