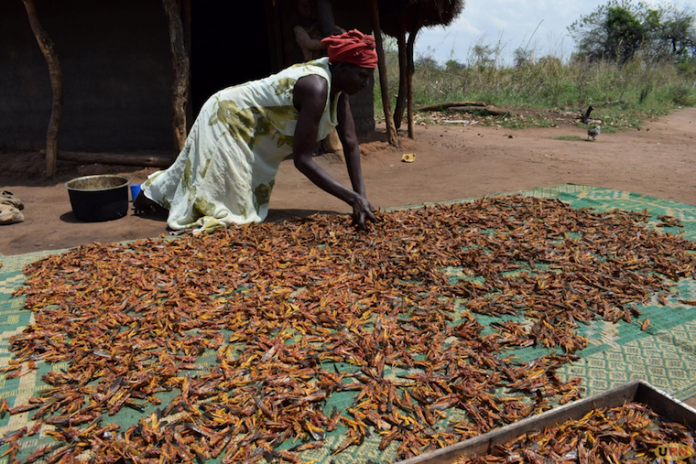 New UK-aid support will be used to tackle this year’s unprecedented locust outbreaks across Africa and Asia, where millions of insects are destroying thousands of hectares of crops.
With locust swarms growing 20 times larger since March 2020, International Development Secretary Anne-Marie Trevelyan announced £18 million of new UK aid in response to the crisis during a visit to British company Micron Group, on the Isle of Wight, which supplies pesticide sprayers to the United Nation’s Food and Agriculture Organization (FAO).


The impact of the plague of insects across Africa and Asia has been made worse by coronavirus, with vulnerable communities facing dwindling food supplies alongside the pandemic.
Of the new funding announced, £17 million will go to the FAO’s emergency appeal to help to control the increase of locusts across East Africa, Yemen and South West Asia, as well as reduce the risk of swarms spreading into the Sahel.
The UK will also provide up to £1million to improve early warning and forecasting systems for desert locusts, so that countries can prepare for their arrival. This support, in collaboration with the University of Cambridge and weather data from the UK Met Office, will help the FAO to target locust breeding sites and control outbreaks before they’re able to affect crucial crops and pastures.

The World Bank estimates that the cost of supporting farmers and producers affected by locusts in East Africa and Yemen alone could reach $8.5bn by the end of 2020.
Speaking during the visit, International Development Secretary Anne-Marie Trevelyan said:
“Vulnerable communities are on the brink of starvation because of the biggest locust outbreak in decades, made worse by the coronavirus pandemic.


“British expertise is playing an important role in equipping companies with the right tools to combat the swarms and track where they will go next.“
The new funding follows £8 million provided by the UK earlier this year to the FAO appeal. A supercomputer funded by UK aid is also helping countries in East Africa to track the insects’ movements around the continent.