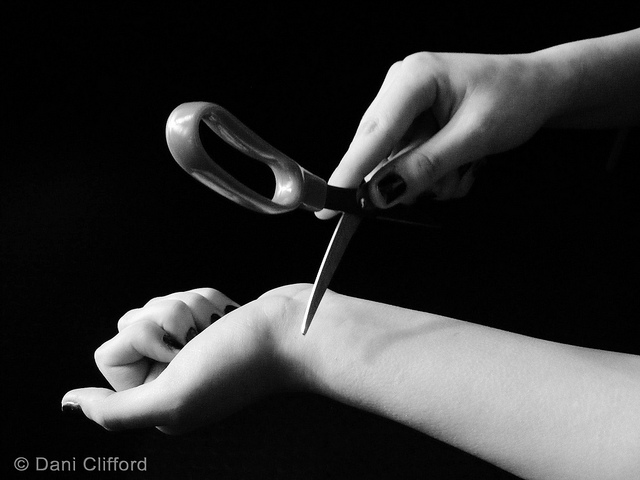 A large Medical Research Council (MRC)-funded study of 6,671 patients with bipolar disorder has found that using lithium reduces levels self-harm and unintended injury when compared to three other common and newer medications prescribed for the condition. It is thought this is because lithium reduces aggressiveness and impulsive behaviour.

Bipolar disorder is a mental health condition that mostly affects mood. People with the condition experience severe mood swings from extreme highs to lows with episodes lasting up to weeks. People can experience several highs before a low and vice versa. It can affect up to one in 100 people during their lifetime.

Self-harm is one of the symptoms of bipolar disorder, and those who self-harm have a substantial increased risk of suicide. People with bipolar disorder are 15 times more likely to die by suicide than the general population and six times more likely to die because of accidental injury, for example falls, or to be involved in a car accident. The effects of medication on these outcomes has been hard to measure as people with a history of self-harm are often excluded from clinical trials.

As a way of overcoming this, researchers from University College London analysed the electronic health records of 6,671 NHS patients. Data were included from January 1995 to December 2013 for patients who were diagnosed with bipolar disorder. All patients had received at least two consecutive prescriptions of lithium or one of three other mood stabilisers (valproate, olanzapine and quetiapine) only. People who took any combination of the four were excluded to rule out any effects due to multiple interactions.

The study, published in JAMA Psychiatry, found that those who took lithium had a much lower rate of self-harm than any of the other three prescribed drugs. There was no difference in the rates of self-harm between the three other drugs. There was also a much lower rate of accidental injury in those taking lithium, which has not been seen before. It was not possible to find an association between use of any of the four prescribed drugs and suicide due to the low number of suicides seen in the patients studied.

The researchers suggest that the lower rates of both self-harm and accidental injury in people prescribed lithium supports the hypothesis that lithium acts specifically on aggressive behaviour, risk taking and impulsivity. Were lithium simply reducing risk by reducing relapse into depression, which would affect self-harm rates, it would not have an effect on accidental injury rates, which are associated with elevated rather than depressed mood.

Due to the observational nature of this study, it is not possible to conclude that lithium is the cause of the reduction in risk seen here. Further studies are needed to confirm these findings and clarify the mechanisms that could be at play in the reduced risk observed.

MRC Fellow and lead researcher, Joseph Hayes, University College London, said: “In clinical practice, newer drugs have been taking the place of lithium for first-line maintenance treatment in bipolar disorder. As well as the increasing evidence for lithium’s superior mood stabilising effect, there is also evidence that lithium prescribing may be associated with reduced rates of self-harm and accidental injury.

“Reductions in these adverse outcomes are likely to be associated with improved quality of life for people with bipolar disorder. Clinically we need to consider how to best use lithium, and this is something that is not happening currently, at least in the UK.”

Dr Kathryn Adcock, MRC Head of Neurosciences and Mental Health, said: “Self-harm is a severe symptom of bipolar disorder so it is important that we know how best to treat it. The results of this nationally representative study could inform treatment decisions for this condition and lead to better outcomes for people with bipolar disorder.”