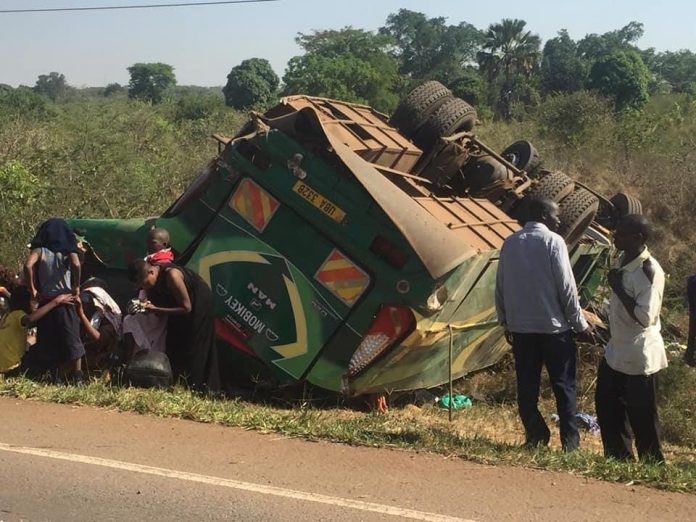 
Four people have been confirmed dead on spot after a bus Reg. No. UBA 332B belonging to Link company heading to Masindi from Kampala had a tyre burst, losing control and overturned. Over 30 people were injured and rushed to Nakasongola Military Hospital.


Meanwhile, Four people were confirmed dead in Saturday accident in Mabira forest along Kampala Jinja highway. ” A motor vehicle Costa Reg. No UBD 343P that was from Kampala heading to Jinja tried to over take in a corner at Sanga near the new picnic site and ended up colliding with a trailer Reg. No. T643DNU/T8441DND that was heading to Kampala from Jinja killing four people instantly” Said Sezibwa Regional Police Spokeswoman C/ASP Hellen Butoto

Only one person has been identified as Matampa Andrew a Police Officer attached to Katwe Police station.
13 people were injured were admitted at Jinja hospital receiving medical attention. 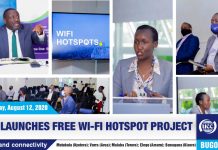