Home Lifestyle Life under COVID-19 total lockdown-corporate ladies no longer have to cope with... 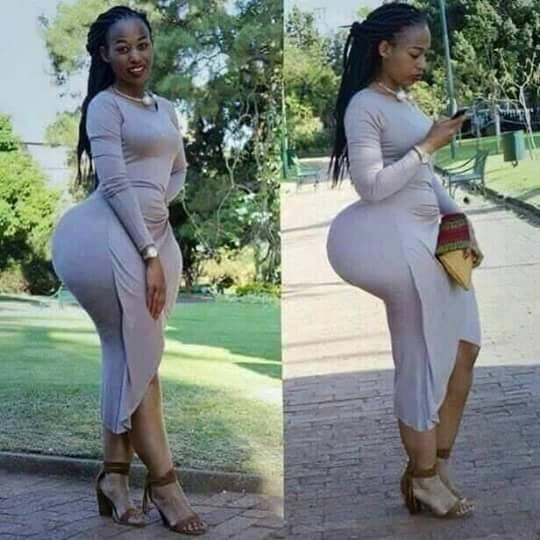 How are you coping with the COVID-19 shutdown and how is it going down for you? For me, perhaps the most striking discovery of the past few weeks has been the extent of my skeletal ribs scattered all-over my skinny body.

To some ladies, it has been waking up in the morning and stare in the bathroom mirror, wander at the new look of faces without daily furnishing of make-up, others has been lying on the bed with wanton abandon studying the stunning microscopic detail of their stretch marks emblazoned on their thighs wrapped in slippery night dresses .
On a lighter note, corporate ladies now nolonger have to contend with the inconvenience of a tight bra and high heels.


For men, it’s been putting on those baggy boxers as they lie aimlessly in the couch with a remote changing channel after channel.
To children, it has been a moment to steer clear of choking homework assignments that had turned them into programed robots.
To others, it’s been those nagging tasks and this is the other dirty little secret about whimsical new year resolutions– the books not read, the unfinished school work, the film series not watched- which were never meant to be achieved at all.


For those derogatively described as urban poor, surviving on shoestring budgets or no budgets at all, life has been a night mare. Fending for food for the next meal. Each passing day has been a painful but a welcome development.
Those with the luxury of enjoying certain priveleges, times like these are supposed to help them exploit our potential and reach their horizons.
After all sophisticated and thoughtful people work best in periods of isolation like these.
Shakespeare wrote the famous King Lear while in plague quarantine. Isaac Newton discovered the law of gravity during quarantine after Cambridge University had been shut during the bubonic plague.


Despite this new abundance of free time, our ambitions remain as stubbornly unambitious as ever and it occurs to me now that it’s challenging in negotiating on how to put it to good use.
In an age where every minute you have to contend with a WhatsApp or Facebook stories popping up on your smart phone. Social media is the only outlet to vent anger towards government’s tight restrictions. It’s a platform to express discontent over the actions of errant and overzealous LDUs.
It has also been a moment that fathers have also been reminded the hard way that parenting has never been a preserve of mothers.


Responsibilities have been horned overnight thanks to internet. Searching for cooking YouTube channels, watching cooking tutorials and learning actually how to cook has become a passing fad.
And yet in among such bleak realizations, such dispiriting daily routines , there is one important aspect where life has improved immeasurably. The fitness of middle class who have for a long time been holed up in the chaotic traffic gridlock, trapped in notorious busy and demanding workplace environment.
Deprived of the luxury of a sabbatical, perhaps this is the right moment when they seek solace in this quarantine: the painful unexpected leave but sweat-ringed pleasures of working from home.
The coronavirus crisis is having more impact on their health than Dr Kasenene’s nutritional lectures which have been forced down their throats for years like a bitter pill without much success.


In a sense, they have overnight reconfigured their lifestyles that have come under the banner of new found “freedom”. Jogging along the streets.
A bike ride on a dusty road. An online yoga tutorial in the living room. A brief but vigorous press-up routine in the bedroom.
To them, the President’s directives seem to suggest that exercise is one of the few legitimate reasons for defying them, leaving their houses feel less like a permission and more like a command.
The empty and deserted city streets have seen increased life. Dealers in bicycles have made a killing in sales that have shot to the ceiling. And every other morning and evening, a couple dons a pair of trainers and a mask decorating their sweat ridden faces to join the throngs of potbellied men and oversized ladies carefully spaced snaking the streets of Kampala suburbs: whom, I suppose, have not been regulars from the gym or fitness club.


Perhaps there is a danger of embracing new trends from this extremely narrow and unusual set of circumstances. But one of the most appealing traits of the quarantine is the way it has transformed our habits and lifestyles we once took for granted. The daily jog has become a half-marathon. The daily cycles have become routine.
The idle press ups practice leads one day to an idle Google search on how to keep fit. We are, above all, creatures of habit and during this enforced incarceration many of us are horning habits that may prove tough to shake on parole. And so it is paradoxical that it has turned out that Corona virus legacy which was meant to trap us in our own homes has made us to creatively find ways to replenish our health.


It’s the defiant human instinct of naturally craving for individual freedoms. And this has taken many forms. Cycling a bike. Going for a run. Somehow, in times of restricted liberties and frightening public health emergencies, doing fundamental but often overlooked things like reflecting on our personal health and bonding with family feel like the most empowering of comforts.