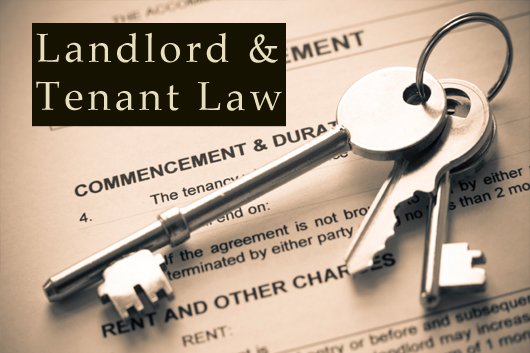 Government has approved legislation to regulate the relationship of Landlords and Tenants under the Housing sector. Uganda has old and obsolete laws governing the rental housing subsector. These laws include the Rent Restriction Act (Cap 231) of 1959 and the Distress for Rent (Bailiffs) Act, Cap 76 of 1933.


Dr Chris Baryomunsi, the Housing State Minister said among other things, the law seeks to protect the rights of both the tenant and land lord.The lack of a regulatory framework for rental premises has often resulted into unresolved conflicts and violation of rights for both the Landlords and the Tenants.
This situation has greatly undermined the harmonious relationship of Tenants and Landlords, resulting in poor quality rentable premises, forceful evictions and destruction of property on either side, calling for the need to regulate the relationship between Landlords and Tenants.


Government then embarked on the process of drafting a Bill to regulate the relationship between Landlords and Tenants; to reform and consolidate the law relating to the letting of premises; as well as balancing the responsibilities of Landlords and Tenants in relation to letting of premises and for related matters.
Reasons that have necessitated the drafting of this bill:


The obsolete laws relating the rental housing subsector; The high defaulting rate in rent and utilities by Tenants; Poor maintenance of rental premises; Charging of rent in foreign currency; Unilateral increase of rent and arbitrary house evictions; Lack of privacy on the part of Tenants; Poor quality of rentable premises that lack the minimum infrastructure standards; and
Reluctance of Landlords to rent their premises to vulnerable groups which they consider as “risky groups.”

The Key highlights of the Landlords-Tenant Bill, 2018

The Bill makes it mandatory for the Parties to execute a Tenancy Agreement in writing in order to document and provide a framework for their relationship.


In making the Agreement, the tenant shall provide a National Identity or Alien Identification card in case of non-citizens.
It provides for the duties and obligations of the Landlord and Tenants. The landlord’s responsibility entails providing rentable premises fit for human habitation, payment of property rates and relevant taxes, keeping the exterior of the premises in good condition, and according the tenant peaceful and quiet possession and enjoyment of the premises.


It shall be the duty of the tenant to pay the rent for premises, pay for the utilities and other charges, utilize the premises only for the intended use, keep the interior of the premises in good and clean condition, to avoid doing anything that would be a nuisance to inconvenience others, and not to sublet any part of the premises without the knowledge of the Landlord.
It apportions repair obligations to the parties. It provides payment of rent in Uganda Shillings in accordance with other laws and gives exception only with mutual agreement between the parties.
It provides for a Security deposit to be paid by the tenant in advance as a safeguard against any damages to the premises that may be occasioned by the tenant.


It provides a framework for increasing or decreasing rent by the Landlord after serving the tenant with a prior notice to which the tenant has to respond.
It provides for termination of tenancy by either party by giving a notice of the intention to terminate the tenancy.
It provides for an alternative dispute resolution mechanism, failure to which, parties are free to seek redress from any competent Court of Law. It provides for lawful eviction of the tenant only through a Court order.


Benefits of the new legislation

The enactment and enforcement of the Landlord–Tenant Bill will yield the following benefits:
Landlords and Tenants will know their roles and obligations regarding rentable premises; Alternative Dispute Resolution shall settle conflicts between Landlords and Tenants and culminate in a reduction of forceful evictions and destruction of lives and property; There shall be a conducive environment for investors to increase on the housing units which in turn will lead to a reduction in the housing backlog;and There will be increased security of tenure for occupants, which will lead to increased economic investment in the Housing Sector hence contributing to employment creation and poverty reduction in the Country.


After enactment and assent to the Landlord-Tenant law, commence implementation of the law with financing by the Government of Uganda. Funds for its public awareness and implementation have been budgeted for.