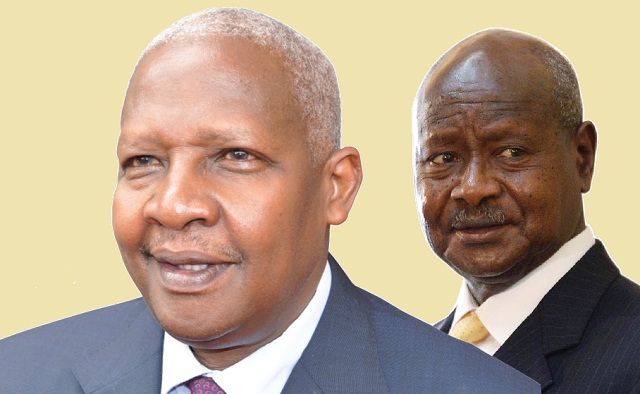 Sam Kahamba Kutesa 70, Uganda’s Foreign Affairs minister and Member of Parliament for Mawogola County in Sembabule District announced that he is retiring from active politics over the weekend. He has been MP for 40 years
Mr Kutesa, said it’s time for old guys to give space for the young generation. He then introduced his daughter, Shatsi Musherure Kutesa.


Kutesa has been Minister of Foreign Affairs since 2005, implored the electorate to stick to the NRM party, and support the youths who have better ideas for developing Ssembabule. Believed to be one of the wealthiest Ugandans, Kutesa made the remarks during a community service initiative to clean up different villages and trading centres in the district. He also discouraged the people power pressure group from operating in his constituency.

The exercise was meant to plant trees and clean up the area dubbed “Keep Sembabule clean and green”. The exercise was organised by religious leaders and the cleaning exercise started at Sembabule hospital.
Ms Musherure, in her remarks said her father was tired of speaking all the time and that it was time to give chance to the youth. She urged the residents to trust her.


Kutesa’s name has featured in several scandals and corruption allegations.

As minister of Finance, In 1999, he was censured by Parliament over allegations of influence peddling and corruption related to his firm ENHAS, which is contracted to do ground handling at Entebbe airport.


More recently, the Foreign Affairs Minister was accused by the US government of having received bribes to the tune of $500,000 (about Ugx. 1.8 billion) bribe from Chinese national, Patrick Ho of China Energy Fund Committee (CEFC) in exchange for obtaining “business advantages” in Uganda. Political analysts believe that Kutesa could be quitting elective politics to deflect pressure from these allegations.

In 2017, Sam Kutesa was named in Paradise Papers- a global investigation that reveals the offshore activities of some of the world’s most powerful people, Multinational companies, wealthy individuals, heads of state, politicians and sports stars from around the world.


In the private sector, Mr. Kutesa worked as Legal Secretary for the worldwide conglomerate Lonrho East Africa, and served in a consultative capacity on the Uganda Advisory Board of Trade, and on the National Textiles Board. He also practiced law in his country, specializing in corporate law and litigation.

Born in Uganda on 1 February 1949, Mr. Kutesa holds an Honours Degree in Law from Makerere University and is an advocate of the High Court of Uganda, having completed post-graduate studies in legal practice at the Uganda Law Development Centre. He is married with six children.