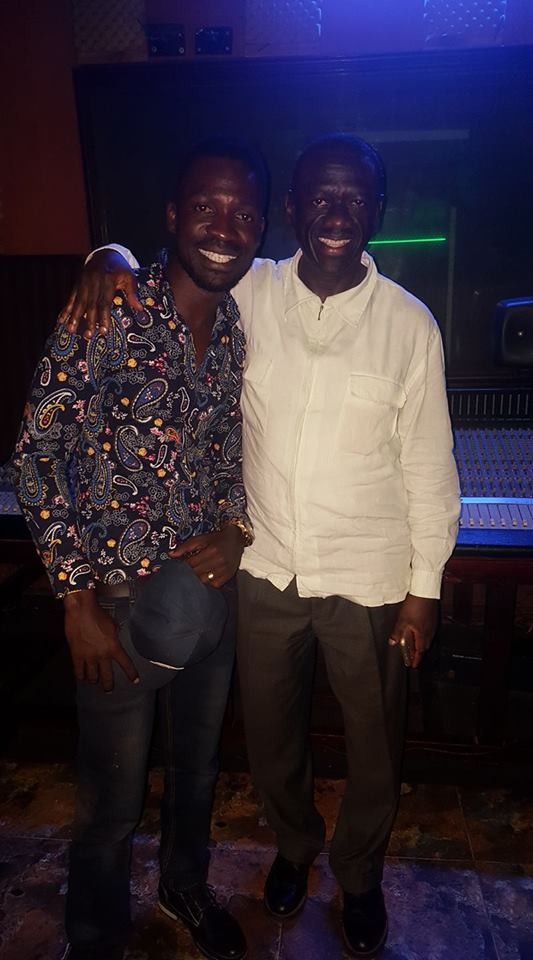 Yes, the story is that celebrated opposition politician known for pooling crowds and one of the most influential Ugandan has hit the studio reportedly to out a new song carrying messages of activism, liberation and hope.


Kizza Besigye who was pictured together with local musician and personal friend, Kyagulanyi Ssentamu alias Bobi Wine is allegedly taking music as another platform to serialize his political agenda just like as his rival President Yoweri Museveni did when producer Steve Jean gave a beat to his speech which became to be known as “Mpenkoni” swagga.
READ: Kampala ranked among top 12 cities to live in Africa, 173 globally
The excited Bobi Wine posted on social media: When the Ghetto President and the People’s president are in Dream Studios Kamwokya, you know what to expect…..