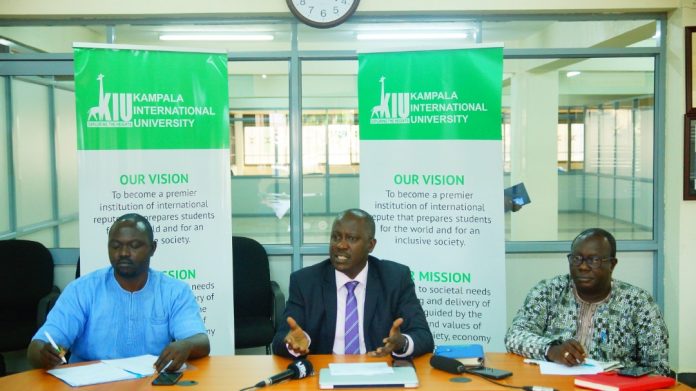 
KIU has been consistently ranked among Uganda’s top universities with high quality education and a diverse culture. The university has maintained its position as the leading private university since January 2019 where it was ranked fifth in the country, overall.

There are over 30 universities in Uganda

Webometrics is a ranking system for the world’s universities based on the volume of the web contents, visibility, and the impact of their web publications. The ranking is published by the Cybermetrics Lab, a research group of the Spanish National Research Council (CSIC) located in Madrid, Spain.

‘ ‘ KIU has set a pace in terms of academic uplifting, innovation and creating health awareness to the community and the students.’’ He told journalists in Kampala on Monday.


He adds: that due to high quality teaching and exporting education to foreign countries which has led to the improvement in academics, we are now set to launch new accredited courses including new courses in Doctor of philosophy.


In preparation for the big innovation, the institute is preparing next week to have a campaign to handle the issues of health to create awareness.
The campaign will involve screening of people for different diseases. The minister of health and the permanent secretary are expected to grace the occasion.