Home Politics Kitatta was powerful, untouchable and sweetheart of those in power 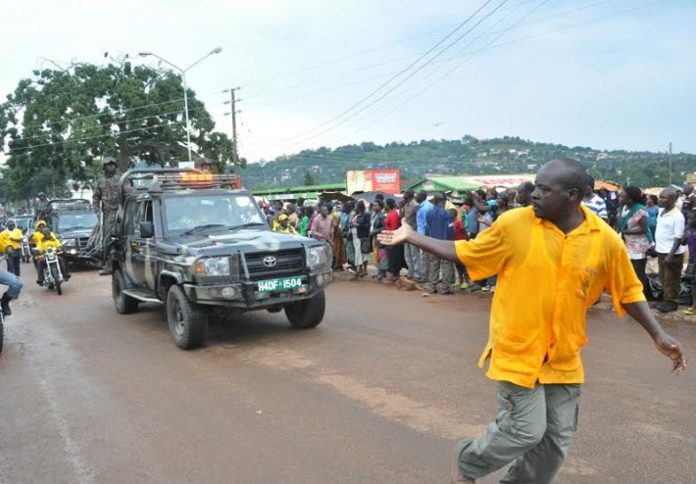 On Tuesday, the General Court Martial sentenced former Boda Boda 2010 patron, Abdullah Kitatta to ten years imprisonment!
Unless he successfully appeals, Kitatta will have to spend the next 8 years and 8 months behind bars, after deducting the period he has already spent in jail.


Two years ago, Kitatta was very powerful. He thought that he was a sweetheart of the people in power.
He was untouchable. He unleashed violence and terror against his own brothers and sisters. He appointed himself the most brutal force against the opposition in Uganda.

He mocked those who criticised the impunity and injustice in our country. Citizens lived in fear because of him. He terrorized boda boda cyclists. He intimidated people into silence.
Then time came, and his services were no longer needed. He was quickly arrested and placed in military detention. He was tortured. He was denied bail several times even when he claimed to be sick.


In many respects, he was denied the right to a fair trial. Today he is sentenced to such a long period in prison for offences he committed trying to defend the same system! I can guess that those he was trying to appease are on holiday now!


On one hand you want to sympathize with such a man who was so naive. On the other hand you ask yourself why he didn’t learn that in Uganda President Museveni will use you, turn the population against you and then dump you!
I hope my brothers and sisters who are the present day Kitattas can learn a lesson or two! Do not allow yourself to be used. As our people say, “Okalya dda kadda dda”

read: ‘‘Whoever they use, they dump’’-Tamale Mirundi cries in studio over Kitatta’s conviction