Home Politics Kiggundu: I sleep so quietly, because I have a sense of accomplishment 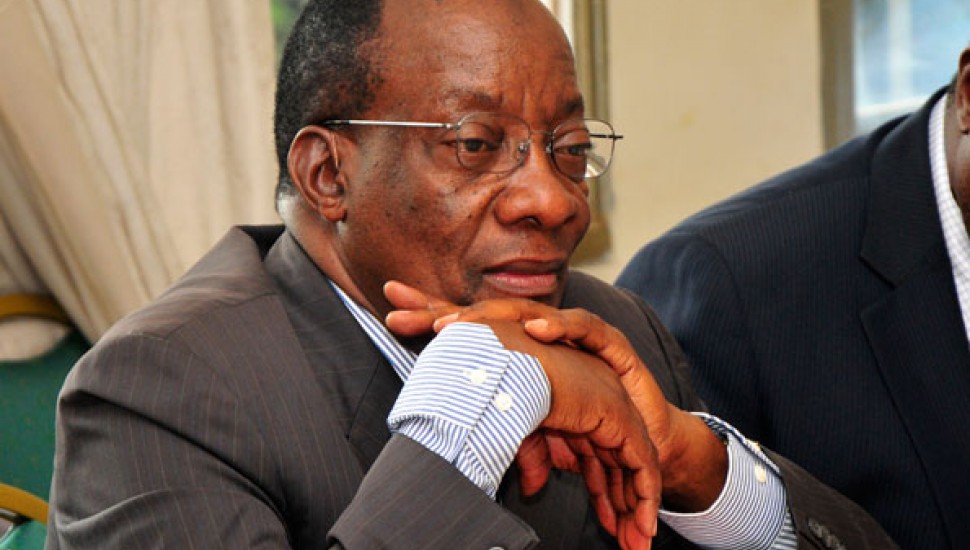 The former Electoral Commission Eng. Badru Kiggundu has described President Museveni has a statesman of repute and a source of inspiration to many adding that: ‘‘I don’t have words to describe him’’

He made the remarks while appearing on NBS tv Topical Discussion program.

Kiggundu revealed that he is now sleeping so quietly because, he has a sense of accomplishment having left a better equipped Electoral Commission (EC)

He added: The EC is proud of the achievements it has reached.

The former EC boss revealed that there is no country that has the technology the Uganda’s electoral Commission used during the 2016 general elections.

‘‘We aren’t a tainted commission. We are being used as a referral’’ He said.

Asked about the allegations of irregularities in the 2016 elections by election observers, Dr. Kiggundu said: they [Election observers] have their own issues. One observer made a comment based on one polling station.

“If there is any team that followed the law, it is Electoral Commission and I request the new chairperson to do the same” Kiggundu said.

The European Union Election Observer Mission (EU-EOM) which has the largest number of observer deployed in the country prior to the elections  noted that the Electoral Commission lacked independence, transparency and the transparency of election stakeholders.

Eduard Kukan, the Chief Observer of the mission, which comprised of over 120 observers from all EU member states said the Electoral Commission headed by Dr Badru Kiggundu narrowly interpreted its mandate by limiting to the organisation of the technical aspects of the elections and that it had failed to inform voters and contestants on the key elements of the electoral process.

On how he regards Dr.  Kizza Besigye, Kiggundu said: He is my brother.

At the height of the 2016 general elections, Kiggundu attacked Dr Besigye describing “him as bad example to his youthful followers” and urged his supporters to first ask him why they should be on the frontline yet his family is “enjoying burgers” in foreign countries.

“If I were a young person, I would ask [Dr Besigye] where your son is in this campaign. In most times, they are in New York, London and elsewhere enjoying cheese burgers…” Dr Kiggundu said.