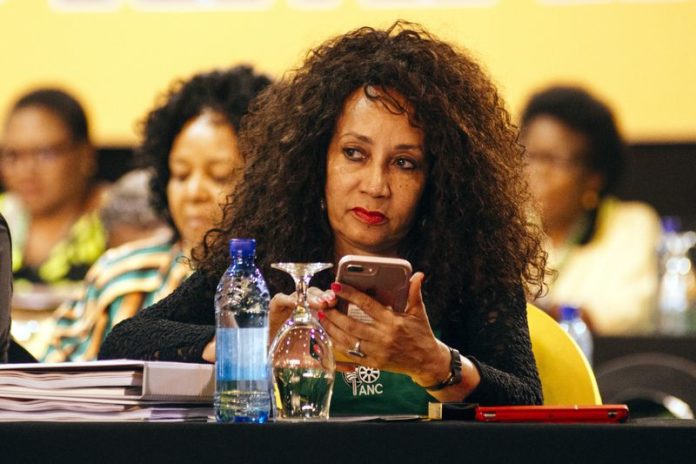 South Africa’s newly elected president, Cyril Ramaphosa, named a new cabinet on Monday, replacing some of his predecessor Jacob Zuma’s most ineffectual ministers and ardent supporters with his own loyalists from the ruling African National Congress.


These are some of his key appointments:

Nene served as deputy finance minister before taking over from Pravin Gordhan as finance chief in 2014. He won the respect of investors before Zuma fired him in December 2015 and appointed little-known lawmaker Des van Rooyen to the post — a move that sparked a sell-off in the rand and nation’s bonds. Nene then quit as a lawmaker and took up a position on the board of fund manager Allan Gray, became an adviser to Thebe Investment and served as temporary head of the University of Witwatersrand’s Business School. He takes over the portfolio from Malusi Gigaba, who was reappointed to his previous post as home affairs minister..

A former schoolteacher, Mabuza has served as premier of the eastern Mpumalanga province since 2009. He was elected as the ANC’s deputy president at a party conference in December after helping Ramaphosa win the top party post. Widely known by his initials DD, Mabuza has been accused of helping to rig state tenders and having his opponents in Mpumalanga silenced — accusations he has denied. He fills a post previously occupied by Ramaphosa..

A popular figure with investors, Gordhan served as Minister of Finance from 2009 until 2014 and again from 2015 until 2017.Gordhan has been a critic of the corruption that dogged Zuma’s term and there will be high expectations for him to clean up state-owned firms. His combative style can be divisive.


NKOSAZANA DLAMINI-ZUMA – MINISTER IN THE PRESIDENCY

The former minister and chairwoman of the African Union Commission narrowly lost to Ramaphosa in an ANC leadership election in December and she would have hoped to be naming her own cabinet at this stage.Dlamini-Zuma was married to former president Zuma for over a decade and has four children with him.

Sisulu initially ran against Ramaphosa in the ANC leadership race last year but later withdrew, choosing to pursue the deputy position, which she lost to David Mabuza.Most recently serving as human settlements minister, Sisulu is the daughter of anti-apartheid activist Walter Sisulu, a close friend of Nelson Mandela.While in exile during apartheid, Sisulu joined the military wing of the ANC, working in intelligence.

Trade unionist Mantashe, 62, is currently the national chairperson of the ANC and former secretary-general of the party — a position he held for 10 years.

The shrewd party strategist was the first trade unionist appointed to the board of directors of a company listed on Johannesburg’s stock exchange.

Radebe is one of the longest-serving ministers in post apartheid South Africa, having held several senior cabinet positions in including as minister of public enterprises, justice and transport.He served in underground structures of the ANC during white minority rule and was imprisoned on Robben Island, where the apartheid government kept political prisoners.


Radebe studied law and is South Africa’s longest-serving cabinet minister. He’s held five portfolios since apartheid ended in 1994: public works, public enterprises, transport, justice and minister in the presidency. He entered the race to become ANC leader in December but failed to secure nomination. He takes over from David Mahlobo, who also lost his ministerial post.

Gigaba returns to the home affairs ministry after having served as finance minister since being appointed by Zuma in March. He delivered the budget last week.Gigaba has previously served as Minister of Public Enterprises.


A South African court found last year that Gigaba had violated the constitution by lying about a dispute with a company during his time at home affairs. Gigaba has said he will challenge the ruling. [L8N1QB5BV]

The ANC’s former treasurer general was an outsider in the party’s leadership race won by Ramaphosa in December.


A medical doctor by training, Mkhize also served as a party boss in the Kwa-Zulu Natal province, from where Zuma and Dlamini-Zuma hail. Ramaphosa will be relying on Mkhize to reconcile opposing factions in the ANC, analysts say.

A former teacher and veteran minister, Pandor comes from a long line of political activists in Kwa-Zulu Natal, a key province for the ANC and one where Ramaphosa needs allies.


Largely praised for her personal integrity, Pandor has criticised ANC politicians for their lavish lifestyles.

A white Afrikaner, Hanekom has served as a minister under every president since the end of white-minority rule, including as minister of land under Nelson Mandela.


Hanekom was one of the most vocal critics of Zuma and was sacked as tourism minister last year after publicly calling for his removal.
Minister of International Relations: Lindiwe Sisulu
A former housing minister, Sisulu takes over a post previously occupied by Maite Nkoana-Mashabane, who was named minister of rural development and land reform. Sisulu was Ramaphosa’s running mate in the ANC’s internal elections in December but lost the contest for the No. 2 party post to Mabuza.


The daughter of the late ANC luminary Walter Sisulu, who was imprisoned with Nelson Mandela, she trained as a teacher and previously served as minister of defense and military veterans, intelligence and public service and administration.