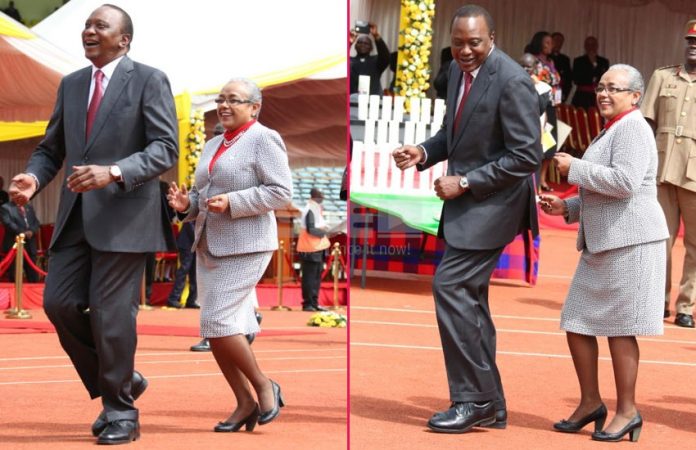 In a televised address on Tuesday, President Uhuru Kenyatta reshuffled his cabinet and announced the government’s economic strategy for the next few months.


The head of state announced a raft of changes targeting the agricultural sector and small and medium enterprises (SMEs) in a bid to revitalise the economy, acknowledging that many people have been complaining of severe hardships in recent years.

He also named a new Cabinet line up saying he intended to enhance efficiency, speed of delivery, and reduce wastage and leakage of public resources.
Mr Kenyatta fired Mwangi Kiunjuri as the Agriculture CS, replacing him with Peter Munya who was in charge of Trade.
Kenya’s president confirmed the acting finance minister to the job on Tuesday, Kenyatta named Ukur Yatani, who has been acting in the role since last July, as the finance minister. He replaces Henry Rotich, who was arrested on suspicion of financial misconduct. Rotich denies the charges.


Kenyatta also nominated new ministers for health and industrialisation.
Yatani served as ambassador to Austria and a regional governor before his appointment as labour minister in 2018. He has a degree in economics and sociology.
Since his appointment in an acting capacity, he has won some praise for taking tentative steps towards reining in government spending and a growing debt burden.


The President also moved the State Department of Cooperatives from Ministry of Industrialisation, Trade, Enterprise Development and Cooperatives to Ministry of Agriculture, Livestock and Fisheries; and State Department of Youth Affairs from Ministry of Public Service, Youth and Gender Affairs to Ministry of ICT and Innovations and renamed the Ministries.
He urged the central bank to use all its tools to prevent predatory lending and to boost affordable credit, especially to small and medium enterprises.
“This sector is indeed the lifeblood of our economy,” he said in a televised address.


Kenya is enjoying a stable foreign exchange rate, low inflation and a reduced current account deficit. But it is still suffering from a sense of economic malaise, concern over mounting debt, sluggish revenue growth, corruption scandals, slowing output and job losses.
Kenyatta said that the government had paid about 70% of all pending bills to suppliers. Frequent delays in those payments have been blamed for hitting small businesses and costing jobs.


During his speech, Mr Kenyatta once again reminded his ministers and civil servants that it is time to work and deliver on ruling Jubilee Party’s promises as he reiterated his warning against politicking.


“I want the economy to be a more important focus than politics. And this is because our practice throughout our history has been to pursue the political kingdom as opposed to the economic kingdom. But that focus has been wrong,” he said.
“It is the reason we still have remnants of poverty despite the years of progress we have made.”