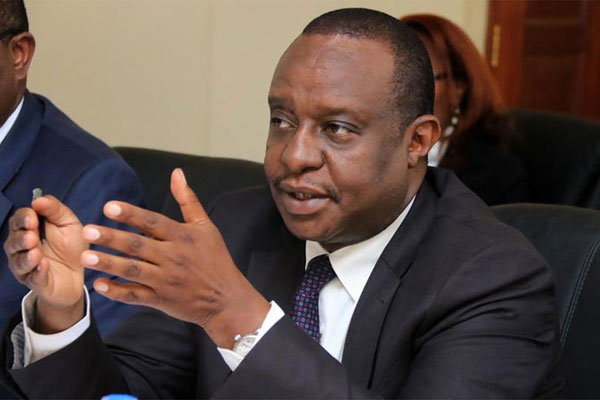 Kenya’s economy will grow 5.5 percent this year compared with an estimated 4.8 percent last year, thanks to better weather and less political risk after last year’s presidential election, the World Bank said on Wednesday.


A severe drought in the first quarter, political turmoil due to a disputed and then re-run presidential election and sluggish private sector credit growth all helped cut 2017 economic output growth to the lowest in five years, from 5.8 percent the previous year.
The finance ministry expects growth to rebound to 5.8 percent this year but pressure to curb the government’s fiscal deficit could cause it to scale back ambitious infrastructure projects, weighing economic output.

“The dissipation of political uncertainty and the recovery in the global economy is supporting a rebound in business sentiment,” the World Bank said in its latest report on the Kenyan economy.
The country’s crop growing areas have been enjoying good rains since last month, boosting expectations of improved harvests. Farming is the biggest sector.
But the World Bank said higher oil prices, reduced government investment in infrastructure and still-weak credit growth could curb some of the optimism.


Kenya capped commercial lending rates in September 2016 at 4 percentage points above the central bank’s benchmark rate, which now stands at 9.5 percent, in an attempt to limit the cost of borrowing for businesses and individuals.
The central bank said last month the cap probably cut last year’s estimated economic growth rate by 0.4 percentage points because it limits credit to small and medium businesses who are deemed too risky by lenders.


The World Bank said its forecast was premised on the potential resolution of the cap issue and a reversal of the decline in credit to the private sector.
Private sector investment’s impact on growth had fallen to -0.7 percentage points of gross domestic product in the four years to 2017, from 1.3 percentage points in the four years to 2013, the bank said in the report.


It attributed the drop to the higher government spending, investor nerves over last year’s election and the decline in private sector credit that was made worse by the presence of interest rate caps.
///Reuters